'Finally It's Over!' - Mourinho Elated To End 'Difficult' Pre-Season 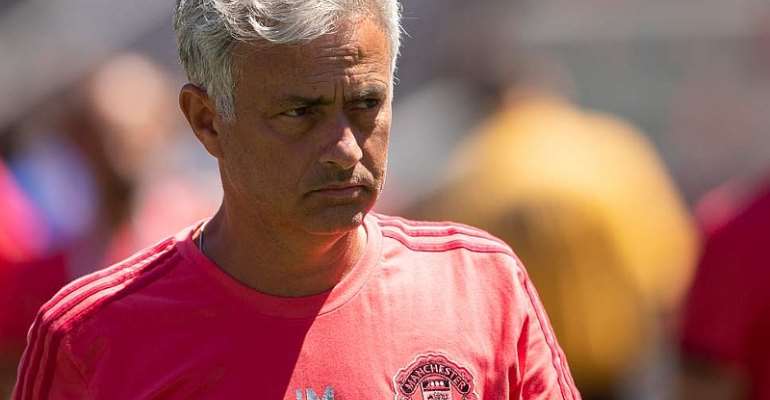 Manchester United boss has expressed his joy in coming to the end of what he labelled a 'difficult' pre-season campaign, though praised his charges despite a 1-0 loss to Bayern Munich in Germany.

The Portuguese boss has made no secret of his ire throughout pre-season, stating that a lack of first-team stars in his suqad means the matches are all but pointless in the lead-up to the start of the Premier League.

Being without a catalogue of stars due to extended post-World Cup breaks, Mourinho has also been vocal about the club's lack of signings and has had to make do with academy players to fill the voids.

James Garner, Axel Tuanzebe, Tahith Chong and Demetri Mitchell were the latest to feature for the Red Devils, the youngsters lining up against what was essentially Bayern Munich's first team.

And while Mourinho is glad to see the back of pre-season, he did reserve some praise for how his youthful side handled itself against international stars.

“Finally, it's over,” the Man Utd boss told MUTV. “Finally, such a difficult pre-season is over.

“The players were, once again, brilliant. They could not have done better than they did. It was a fantastic experience for the boys.

“There was a moment where I was looking into the area and there was Axel at centre-back to the left, Demetri at left-wing-back, Garner in midfield on the left and Chong.

“At the same time is was [Robert] Lewandowski on Axel, [Arjen] Robben on Mitchell, [Leon] Goretzka on Garner and [Niklas] Sule on Chong.

“It was fantastic. Absolutely fantastic.
“We were playing against their best team. It was their complete squad apart from [Corentin] Tolisso.”

With pre-season now out of the way, Man Utd now turn their attention to their Premier League opener against Leicester City on August 10, and Mourinho does not believe he will have his full first-choice team at his disposal.

“We have to organise the week in a way so we can be fresh for Friday because on Friday the Premier League starts," he added.

“We play for points and it's with the players we have.

“There is no time to cry. Players are not going to be here on Friday and we have to go with the best possible team and with a great mentality.”