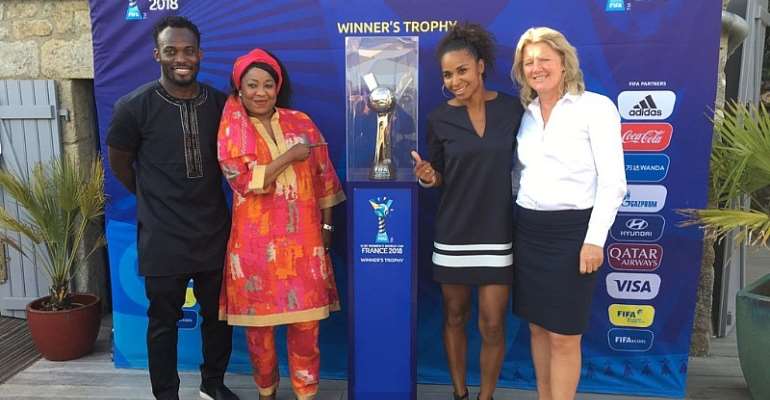 Former Black Stars midfielder Michael Essien will be present at the FIFA U-20 Women's World Cup in France on Sunday, after receiving an invite from an official of football's World governing body.

The ex-Olympique Lyonnais midfield dynamo will be returning to the country where he started his European football career but this time as one of the several high profiles personalities to grace the opening ceremony of the FIFA U-20 Women's World Cup.

Essien, together with French female international Laura Georges as well as ex-France female star Brigitte Henriques were handed invitations by FIFA to grace the opening ceremony.

Ghana will take on France in the opening game of the 2018 FIFA U20 Women's World Cup.

The 35-year-old has an outstanding football career in France for Bastia and Olympique Lyonnais before moving to England to play for Chelsea.

He also enjoyed spells at Real Madrid, AC Milan and Panathinaikos before spending a season in Asia for Indonesian club Persib Bandung.