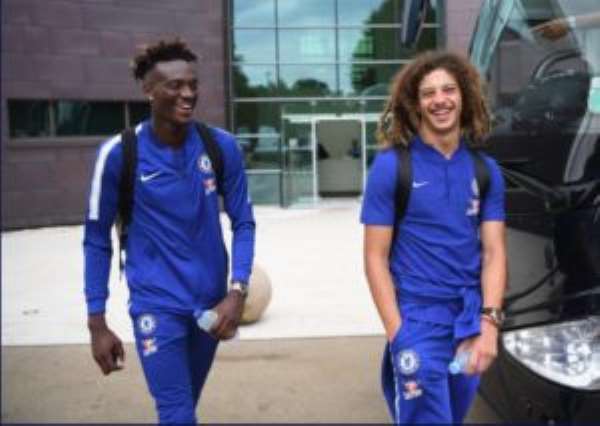 Both players have thrilled fans with sparkling pre-season performances, and 17-year-old Hudson-Odoi - who only signed his first professional contract last year - is set to force his way into new boss Maurizio Sarri's first-team plans.

Morata on Hudson Odoi: 'I have never seen a player like him. Ethan Ampadu and him, when you see them playing, it is like they are 25 and 26 years old - and they are 17! They work so hard.' Morata has urged Hudson-Odoi to continue his education by shadowing the Blues' Belgium World Cup forward Eden Hazard.

He added: 'As a player and a man — because Eden is a good example.

'Callum is lucky with Eden, with Willian and all the strikers because they are good people and if he listens and watches Willian, he can be the best for the future.