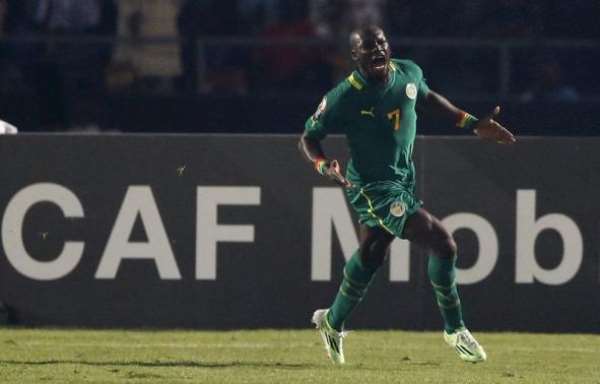 The 32-year-old was an unused member of the Teranga Lions' 2018 World Cup squad in Russia.

"Everything in life has a start point and time to end it," said Sow, who made his Senegal debut in 2009.

He won the last of his 47 caps in the 2-1 friendly defeat to Croatia in June.

"I want to thank all the football officials, the coaching staff that I have worked with and most especially all the Senegalese people," Sow wrote on social media.

"It was always a pleasure and huge joy to have worn the shirts of the national team. I would always be there to support the Teranga Lions. Thank you all for your messages."

Born in France, Sow began his professional career at Rennes before switching to rivals Lille in 2010.

He emerged as top scorer with 25 league goals which included a hat-trick on the final day against former club Rennes in May 2011 to help Lille clinch their first French league title since 1954.

Capped by France at youth levels, he made his senior international debut for Senegal in a friendly against DR Congo in August 2009.

The much-travelled Sow was out of favour during most of Aliou Cisse's early stint as Senegal boss before being recalled by the manager in 2016.

The former Fenerbahce forward returned to Turkish football for a third time in January in a quest to play at the World Cup in Russia.

He played in three Africa Cup of Nations finals and described the 2012 edition co-hosted by Gabon and Equatorial Guinea as a 'dream come true'.