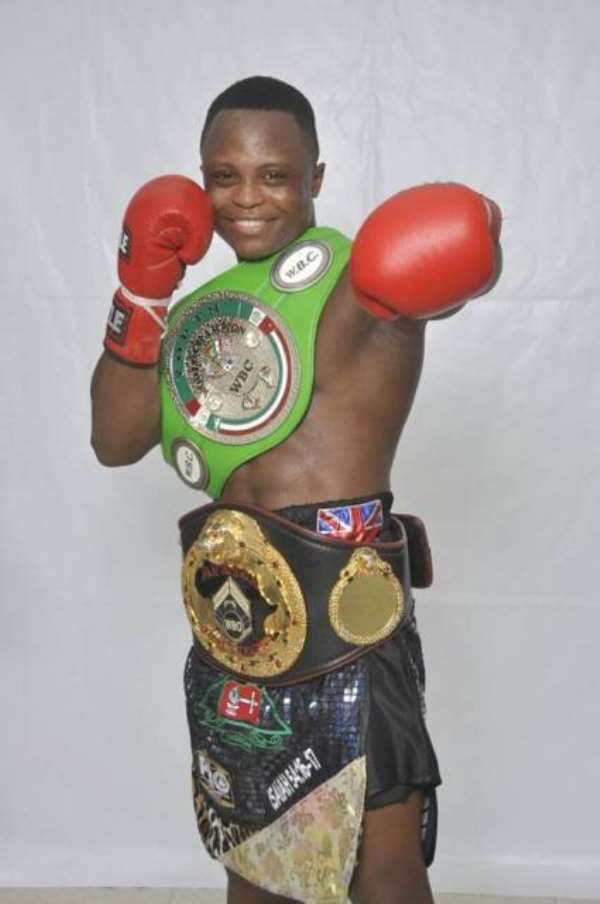 Isaac 'Royal Storm' Dogboe, has vowed to knock-out Hidenori Otake of Japan, in his first title defence on Saturday, August 25, at the Glendale, Arizona, United States of America (USA).

Speaking at a packed Press Conference at the Kempinski Gold Coast Hotel in Accra, before leaving for the USA, he said though his opponent is a tough boxer, he would prove to the world that he was the best in the world in the division.

'I would knock out Otake, he is a compact boxer like me, most champions avoid him, but I would knock him out.

'He has 36 fights, 31 wins, 14 Knock-outs, two losses, three draws and has not lost in the last four years. He is a dangerous fighter, with very deadly right hand. We would correct the mistakes in out last fight against Magdaleno and do it better this time,' he said at the press conference.

Dogboe, 19 - 0 - 0 who was bidding farewell to his fans and the media, said the WBO title is for him and would fight, defend it and keep it for a long time.

His dad and trainer, Paul Dogboe, said his son has come to put Ghana boxing back on the map of sports and his mission was to prove that boxing was not for dropouts, but a graceful sport that can unify the nation.

According to his father, he has decided to train his son alongside his 13-year-old junior brother called Joshua who is heavier and would be a terror in the near future as they build the Dogboe boxing dynasty.

Dr Donald Agumenu and Mr Ellis Quarshigah who are members of Team Dogboe appealed to corporate Ghana to support the champion as there were many benefits in rallying behind the international brand.

Nana Akyea Akyere, who is in charge of the sponsorship drive for Team Dogboe said, so far some individuals and companies have come on board, but their doors were still open for more support.

The fight is being promoted by Top Rank and would be shown live on ESPN as well as on the RSAP's APP on android mobile phones.