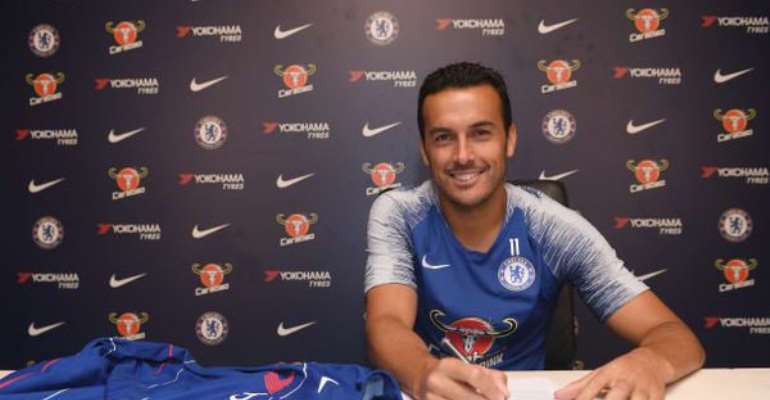 Chelsea forward Pedro has signed a one-year contract extension, keeping him at the club until the summer of 2020.

The 31-year-old signed from Barcelona in the summer of 2015 and has scored 28 goals from 131 appearances for the Blues.

He told the club's official website: "It is very good for me, I am really happy here in the club, with my team-mates, the supporters and the club in general.

"It's important for me to continue with Chelsea, I am comfortable here and want to win new titles and trophies.

"I want to help the team, score goals, and I repeat, I am really happy."

Club director Marina Granovskaia said: "We are very happy to secure Pedro's services for another year.

"Since becoming a Chelsea player he has regularly demonstrated his quality on the field and we look forward to seeing him continue to flourish under the guidance of Maurizio Sarri."