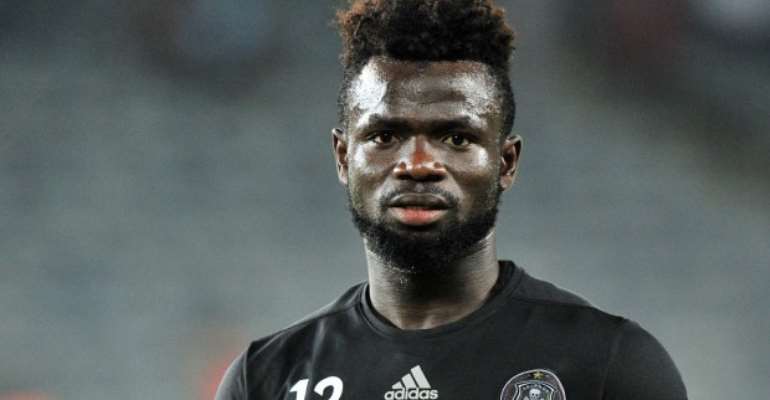 Ghanaian midfielder Bernard Morrison has lifted the lid on his failure to join Chippa United after mutually terminating his contract with Orlando Pirates.

Chippa United recently announced that they had signed Bernard Morrison, Thabo Matlaba and Thamsanqa Sangweni from the Buccaneers.

However, the Ghanaian and Matlaba declined were reported to have declined the reports of moving to Port Elizabeth to further their careers under coach Dan Malesela.

The AshantiGold SC midfielder has opened on the reasons behind the fiasco during an interview with Soccer Laduma.

'Celine, this has been quite a troubling situation. Firstly, when I met with Chairman (Dr Irvin Khoza), he told me that the coaches no longer have plans for me in the team for this coming season and he asked me what I thought about this decision. I said to him that I was only going to listen to him as my chairman, and he suggested that I go on loan to Chippa, which I refused to do, so we came to an agreement to part ways,' Morrison told Soccer Laduma.

Asked on why he refused the move that might have given him an opportunity for more game-time, the 23-year-old said he did not have Chippa in mind when he made the decision to come to South Africa from Democratic Republic of Congo's AS Vita Club two years ago.

'I was not playing at Pirates because I had been suffering from an injury, which the chairman told me he never knew about it. So, the medical team never reported it to him that I was injured. The chairman thought it was a lack of game-time issue. I declined that suggestion that he made because I came here to South Africa for Orlando Pirates, not for Chippa. If Pirates felt that they were done with me, then off I go! When I saw that Chippa had announced me as their player, I was confused! What they did was unprofessional and craziness. You can't talk to a player on the phone and from there you post it everywhere that you have signed him. My management will sort that out,' added the Ghanaian.

'Someone called me from there saying that he is the chairman and would want to have me there. But nothing happened because both my agent and I had already declined that move, so I really don't know what was going on. My management also spoke to Pirates about this situation and they said that they will deal with the matter, but it's still going on, so we need to take action by ourselves now. I have been given my clearance from Pirates, meaning that I am a free agent and my management are busy with a decision as to whether I should stay in South Africa or not,' added Morrison.