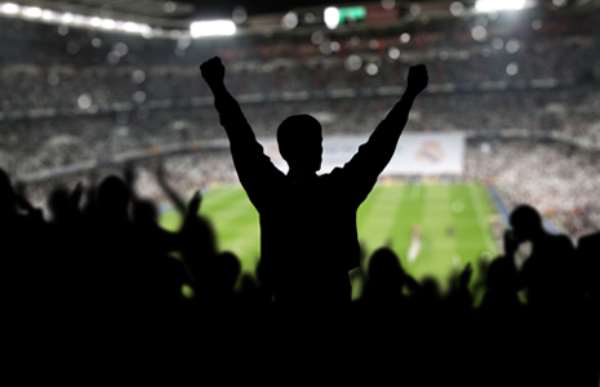 The usual suspects were crowned kings, there were close to negligible surprises and the main attention was on the tournament that followed last season. The 2017/2018 season was exciting and nerve-racking with so much to cheer and jeer about.

The usual Ronaldo vs Messi debate continued, rivalries never disappointed and some shock transfers looked to have made that season the best in recent years. Spectacular goals, epic drama and an unrelenting battle for supremacy was evenly spread across all major leagues around the world. After a summer break where the world came to a standstill, we are poised for yet another footballing season.

France may have stolen the spotlight for a few weeks and although they hold the title as world champions for the next 4 years, no one can dispute the fact that the upcoming season has taken centre stage. As all the teams prepare with pre-season friendlies and tournaments, let’s try to preview the 2018/2019 season. What can we expect? who wins what?

After a season that saw the major European leagues produce masterclass finishes, there was little surprise that the winners of these leagues were the usual suspects of recent times. The EPL, La Liga, Serie A, Bundesliga and the French Ligue 1 have set themselves aside as Europe’s top 5 leagues. If last season was competitive, you don’t want to miss this coming season. What can we expect?

In England, expect Manchester City to still come up with a strong claim for the title they won just a few months ago. With good reinforcements particularly in Riyad Mahrez and a host of well-rested World cup participants, City may just have a slim advantage as favourites. In other news, rival neighbours Manchester United are dying to become champions of the league for the first time since the Legendary Sir Alex Ferguson retired in 2013. Five years seems too long for the perennial achievers. Their Manager Jose Mourinho has a special record of delivering at least a league title in every 3 years spent at a club and in his 3rd season, United fans may just feel this is the time!

Liverpool had an amazing 2017/2018 season with spectacular displays in the league and a great run in the Uefa Champions League where they reached the final only to lose out to 13-time champions Real Madrid. This run was very much fueled by their ‘’Egyptian Magician’’ Mohammed Salah whose 30+ goals helped them to their best season in recent times. The transfer window which followed has seen the Anfield club do probably the best business so far. With the signings of Keita, Shaqiri, Fabinho and goalkeeper Allison, everything looks set for a title challenge.

Chelsea may be playing in the Europa League this season but they have always proved to be unpredictable especially when the odds are against them. After a poor outing last season where they only managed a 5th place finish in what was Antonio Conte’s second and last season in charge of the blues. The Italian maestro led them to the EPL title the season before last and won the FA cup last season. With talisman, Eden Hazard rumoured to be on his way to Real Madrid who are in the hunt for Cristiano Ronaldo’s replacement, expects this to be a transition season for the Londoners. Call them the best team in recent years not to win the league! Yes, I am talking about Tottenham Hotspurs. With a goal machine in the FIFA World Cup’s golden boot winner Harry Kane, Spurs have been consistently challenging for the league only to lose out in the final stages. They had a good run in the Champions League as well and should be in there when the challengers converge later on in the season.

The EPL has now become a ‘’Top 6’’ league rather than the traditional Top 4 we have become used to and it will not be complete without mentioning ‘’The Gunners’’. For decades, they produced exhilarating football under manager Arsene Wenger. Although they won a couple of trophies in his 20+ years at the club, he was mostly criticized for not producing silverware when it mattered most. Under a new manager and with key new signings and a fully concentrated club player in Mesut Ozil, expect Arsenal to bring on some fire. If Pierre Emerick Aubameyang and Lacazette find their scoring boots while the team keeps a tight defence, then we will be in for a very competitive season on all front.

Regulatory agencies to begin random checks at offices to ens...
11 minutes ago