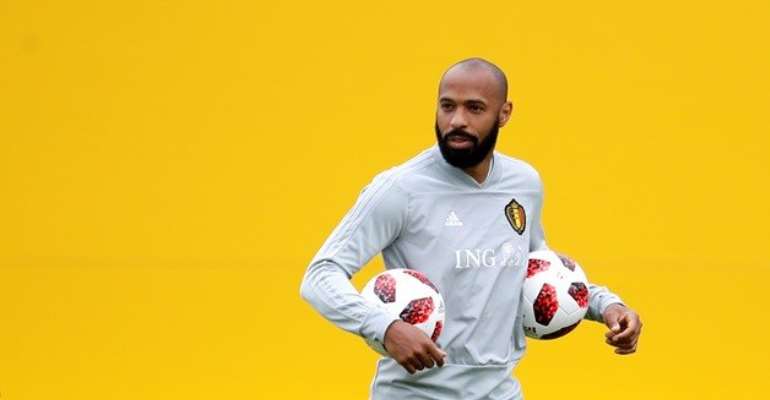 Henry was an assistant to Belgium boss Roberto Martinez at the World Cup in Russia, helping to lead the European nation to a third-place finish at the showpiece.

Following the World Cup, Henry departed his role as a television pundit to focus on his coaching career before being linked with Aston Villa.

And the Arsenal legend could now be set to take his first senior managerial job should he accept Egypt's offer.

“We had a meeting with Thierry Henry’s agent in London, and [Egyptian FA board member] Hazem Emam was present," El-Sayed told local media.

"Henry is waiting [to hear about] the EFA's project for the team before deciding on the offer.

"[That is] apart from the economic aspect."
The 40-year-old would be replacing Hector Cuper, who was sacked after the Pharaohs lost all three of their matches in Russia.

El-Sayed, who also owns a sports marketing company, went on to deny there had been contact with former Mexico and Japan boss Javier Aguirre, another rumoured candidate for the Egypt post.

“The Mexican coach was one of the candidates, however, the EFA haven’t contacted me over him,” El-Sayed said.

“If EFA decides to contact with another agent for Aguirre I’ll have to respond."