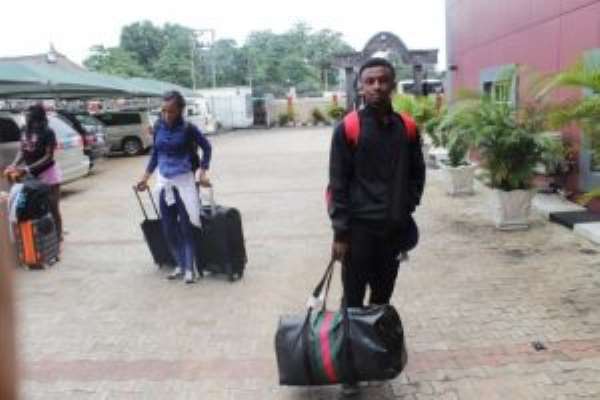 Ghana's athletes arrived in Asaba, Nigeria around 1pm local time, just in time for the start of the 2018 African Senior Athletics Championships in the Nigerian city.

After waiting for hours at the Murtala Mohammed Airport in Lagos without a connecting flight to Asaba, the GAA took a flight to Benin City instead, before finally travelling a two-hour journey by road to Asaba, a move Bawa later said was “the only way we could make the competition.”

After being checked into their hotel, the athletes later made their way to the Stephen Keshi Stadium, venue for the championships, for a shakeup session. 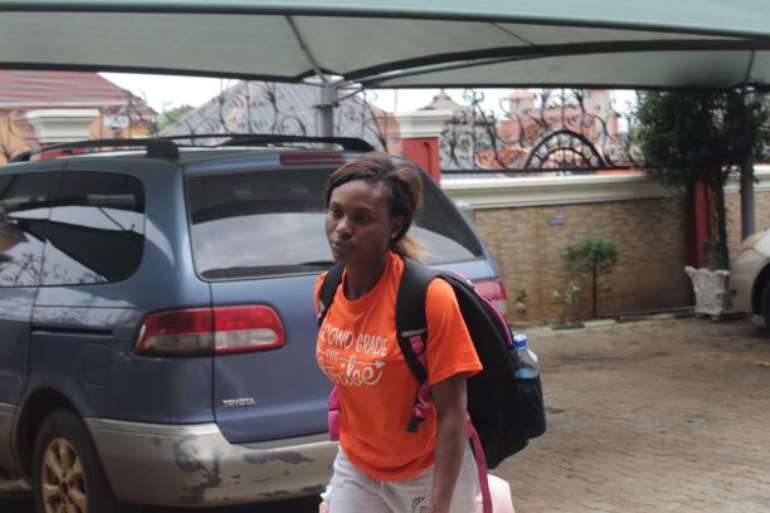 Janet Amponsah arrives at the team hotel
Amponsah and Halutie are first up on Wednesday morning with the women's 100m heat event.

“I have chased both records for a long time a long time. It's great to finally break Nsiah's record and I'm now targeting 100m record,” she said.

Yeboah, the 21-year-old Western Texas College freshman, is in blistering form, clocking 10.19sec PB in May this year.

“I feel good; I'm in great form and I think I'm going to do well,” a confident Yeboah told Citi Sports.

After becoming the only African athlete to make the women's 100m final at the Commonwealth Games in Gold Coast in April, Hor's form has dipped, failing to replicate her performances at the Ecowas U-20 championships held in Cape Coast two months later. 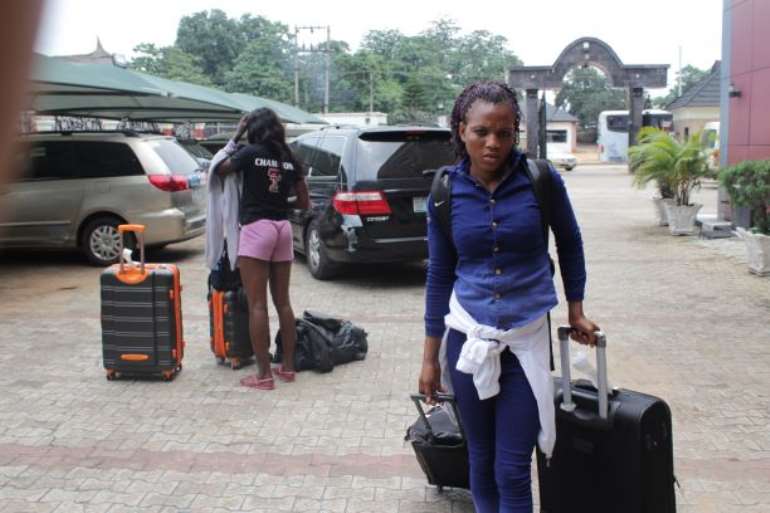 Hor Halutie makes her way to the hotel on arrival

“I feel better now. I wasn't feeling well when we got back from Gold Coast and it was really difficult for me,” she said.

Difficult is a moderate way to describe Hor's situation in the last couple of months. Her mother had passed prior to the Commonwealth Games in Australia but her family chose not to tell her for fear she might be distracted.

It worked, but only for a while. On her return from the games, she was told of her mother's demise and spent the next few months mourning while also trying to maintain her fitness levels. 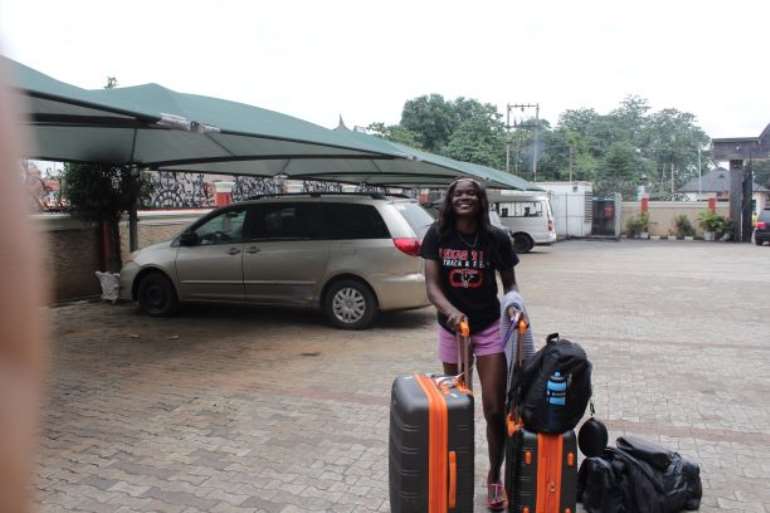 Abigail Kwarteng is the National Record holder in the women's high jump at 1.87m.

“I have not competed since the NCAA championships ended in May so I don't feel 100 per cent but I will try my best,” the Western Texas College fresh woman said.

The lack of competition is not only peculiar to Kwarteng – same applies to Yeboah, a problem the GAA desperately needs to address to keep Ghanaian athletes, especially the students in competition when the school season is over.

Some of the biggest names in African athletics have shown up in Asaba for the 5-day event. Marie Josee Ta Lou, the fastest woman in the world this year is the favourite for both the 100m and 200m events, though Blessing Okagbare will have something to say about that.

The men's 100m and 200m line up is more competitive and difficult to predict. South African pair of Akani Simbine and Henricho Bruintjies won gold and silver in the event at the Commonwealth Games and are favourites to win. However, homeboy and NCAA champion Divine Ododuru and the 5-time African champion will have plenty to say about that.