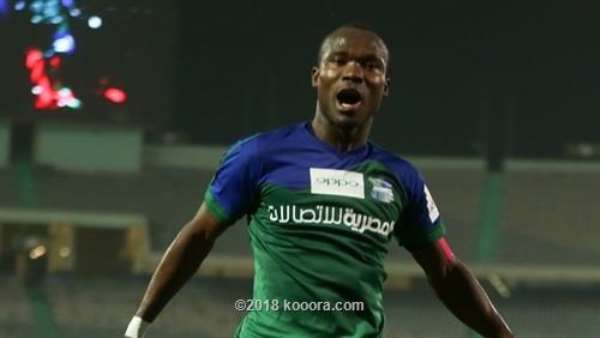 Misr Lel-Makkasa striker John Antwi is expected to vigorously compete for the top scorer title ahead of the start of the Egyptian Premier League on Tuesday.

Makkasa takes on Smouha in their 2018/19 Premier League opener on Friday at the Arab Contractors stadium in Cairo.

The Ghanaian will be looking to continue his good form after an excellent stint in the North African country.

The former Dreams FC striker finished as a second top scorer with 16 goals for the side last season.

He has been crowned top scorer for several seasons in the past before Al Ahly striker Walid Azaro took the individual crown last term.

Antwi has been sharp in the pre-season and will be expected to continue his rich vein of form going into the new campaign.

JUST IN: Mahama lawyers file another motion to compel EC to ...
53 minutes ago