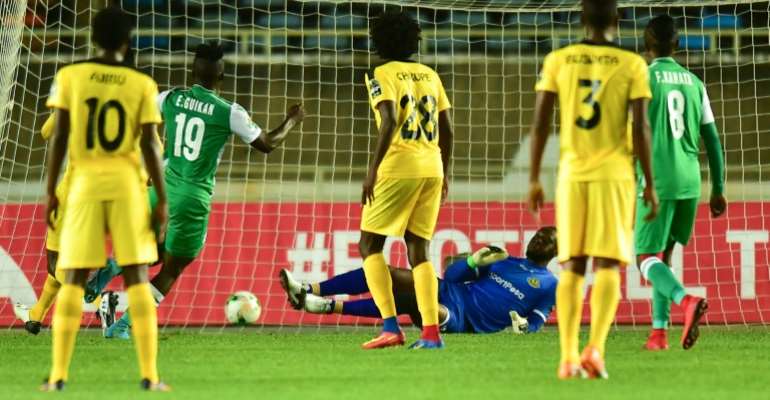 Gor Mahia are set to become the first Kenyan club to reach the CAF Confederation Cup quarter-finals after a 3-2 victory away to Young Africans of Tanzania at the weekend.

The Group D leaders need two points from two matches to clinch a last-eight place in the African equivalent of the UEFA Europa League.

Nairobi-based Gor host Rayon Sports of Rwanda on August 19, then complete their mini-league scheduled 10 days later away to second-place USM Alger of Algeria.

Gor are the only Kenyan club to have lifted a CAF trophy, winning the now defunct African Cup Winners Cup 31 years ago.

AFP Sport looks at the four groups and predicts which clubs are likely to reach the last eight of a competition won last year by TP Mazembe of the Democratic Republic of Congo.

Group A
Matchday 4 wins for Raja Casablanca of Morocco and V Club of DR Congo have established them as hot favourites to occupy the top two places in the final standings.

Mahmoud Benhabib became the eight-goal leading Confederation Cup scorer thanks to a brace as Raja overwhelmed ASEC Mimosas of the Ivory Coast 4-0 in a clash of former African champions.

Jean-Marc Makusu Mundele was another sharpshooter to bag a brace, giving V Club a 2-0 home win over third-place Aduana Stars of Ghana.

Group B
Leaders Al Masry of Egypt and second-place Renaissance Berkane of Morocco are virtually certain to qualify, needing one victory each to be sure.

The pacesetters met for a second time in 11 days with Masry edging Berkane 1-0 in Port Said thanks to an Islam Issa goal soon after half-time.

CARA of Congo Brazzaville maintained a perfect home record in the competition by edging Djoliba 1-0 thanks to an early Racine Louamba goal.