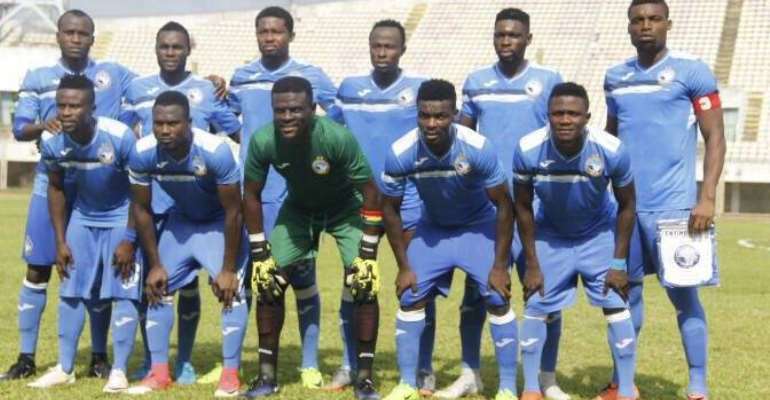 Ghana goalkeeper Fatau Dauda has rendered an apology to fans of Enyimba FC following their disappointing 2-0 defeat against Williamsville in the CAF Confederation Cup over the weekend.

The Peoples Elephant's hope of qualifying to the next phase of the CAF's second-tier club competition hit a snag after losing 2-0 against Williamsville.

The defeat left Usman Abdallah's men on 3rd position in the group following the defeat against the Ivorians.

It was the Nigerian giants' second away defeat in the Group C having suffered a 3-0 loss against CARA Brazzaville on matchday two.

Dauda took to Twitter in the aftermath of the match to expressed his regret over their performance and asked for forgiveness from their teeming supporters.

Very unfortunate we lost our game yesterday, not the results we wanted but that’s football, most important we need to assess our performance individually and as a team so that we can do better. We ask for forgiveness from the Enyimba family we all know we disappoint ✋🏼✋🏼 pic.twitter.com/U6PJezOn2s

The Aba giants will travel to Bamako where they will face Mall's Djoliba in their next game in the competition on August 19.

Covid-19: Some recovered victims having erectile dysfunction...
6 minutes ago