Christian Atsu Admits He Must Improve At Newcastle United This Season 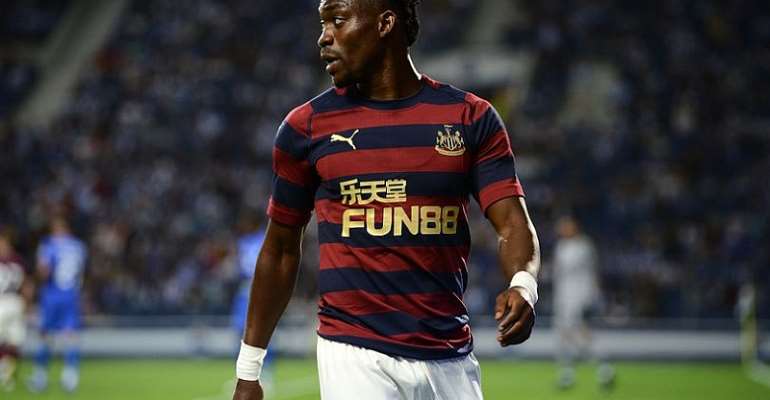 Ghana winger Christian Atsu admits he's been 'average' for Newcastle United since joining and must double-up in the upcoming season.

The 26-year-old made 31 appearances for Newcastle last season before going into surgery to correct a knee injury amid inconsistent displays.

The Ghana international has been trying to impress in pre-season as he aims to stake a regular stake in Rafa Benitez's side this term.

The former Chelsea wideman has been linked with a move to newly-promoted Huddersfield Town amid growing reports linking the side with a move for Belgium international Anthony Limbombe.

The Ghana international admits he must improve his stock in the upcoming campaign which kick starts next week.

When Christian Atsu says he needs to be better next season, it is more than just empty words from the Newcastle United winger.

"I'm very happy during pre-season because I can feel the work I was doing last season and during the summer paying off now I have joined up with the team,' he said.

'I did a lot of work during the summer. I had ten days off and then I came back to work in the gym in Newcastle with one of our physios. I stayed in Newcastle during the off-season.

'I think I've been average, to be honest,' he says of his Newcastle career to date. 'I have to be more consistent this season. I need to work hard to score more goals and to assist more.

'I have a target in mind but I will keep it to myself. But I have to reach my target this season and I believe I'm going to. I believe I will score more goals than I have in the previous two seasons.

'It's a big challenge for me. You see a lot of players, me included, who will play well in one game but not the next. This season I'm not going to allow this to happen.

'It's a mentality as much as anything. I want to be more consistent this season, to be playing more, to score more and to assist more. That's the mentality I need to have. It will be a lot of hard work but I believe it's going to happen this season.

'In modern football, you need to defend as a winger, especially in the English Premier League. You have to be able to attack and defend, everybody is running and if somebody says you are not doing the right thing the manager is going to change you. I have to improve my fitness to be able to do the defensive side of the game.'

E/R: Teachers boycott class as unknown persons use faeces to...
1 hour ago