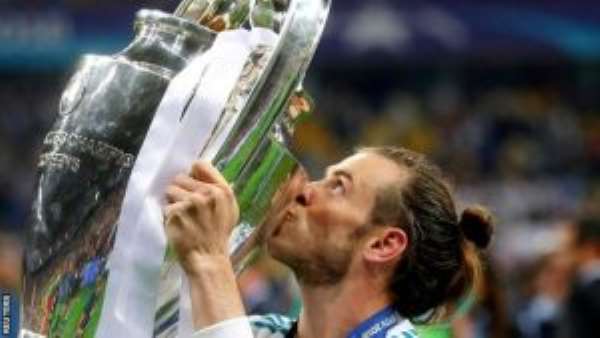 Wales forward Bale had been linked with a move away from the Bernabeu after failing to hold down a regular first-team spot under previous coach Zinedine Zidane last season.

But Ronaldo’s £99m switch to Juventus means Bale is back in favour.

“Gareth is happy to play at Real Madrid,” Lopetegui said.

“Cristiano Ronaldo is one of the main players in the recent history of Real Madrid. He expressed a desire to leave and we allowed him to.

“Gareth Bale is a magnificent player, with so many qualities. He can help fill the void.”

The 29-year-old joined Real Madrid for £87m in 2013 and has since won the Champions League four times, scoring twice in the 3-1 final victory over Liverpool in May.

Lopetegui said Bale had “worked extremely well” with France forward Karim Benzema in training, adding: “If this is the squad I have at the start of the season I will be a happy man.”

Speaking at a news conference before Real play Manchester United in the International Champions Cup friendly series in Miami on Tuesday, he dismissed talk of a possible move to the Premier League club for Bale.

“I don’t walk to talk about hypothetical situations,” said the former Spain boss.

“Gareth is happy to play at Real Madrid. This is a fantastic opportunity for him to show his talent. He is with the team. He is happy and aligned with our goals. It is the start of an exciting path for us.”