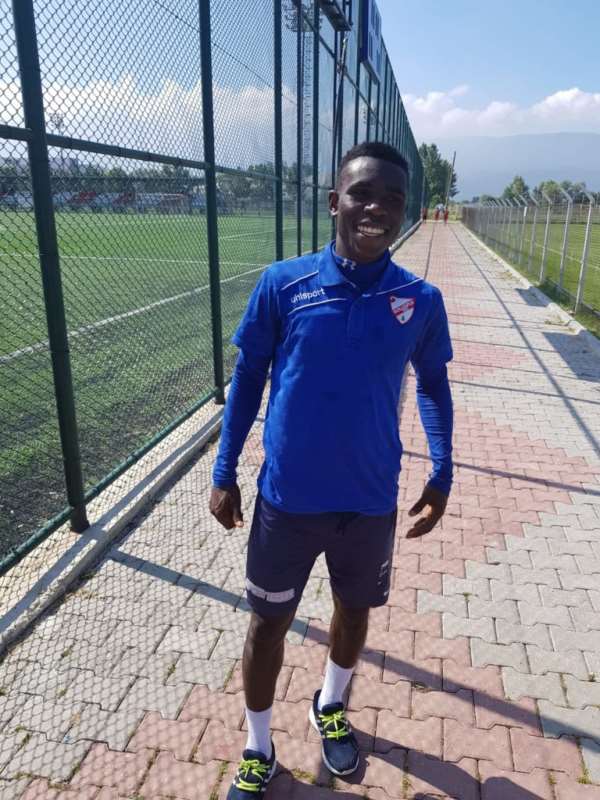 Former Black Starlets forward Patmos Arhin has secured a contract with Turkish side Boluspor Kulubu after impressing on trials.

The 17-year-old will sign a professional contract with the club when he turns 18 in December but will be with the Turkish side to train with the junior side.

Arhin, who represented Ghana at the Africa Junior Championship in Gabon last year, helping the team finish second will be ready to join the senior side of Bulospor when he turns 18.

His performances on trials convinced management of the Turkish side, who have offered the player a deal until he signs a professional contract.

According to the manager of the player, Lord Nana Kwasi Abankwa, the player will be paid wages between now to when he turns 18 as the club monitors his development.

Meanwhile, Patmos Arhin is likely to be handed a long-term contract in December.