Why Jerome Boateng Would Prefer PSG To Man United 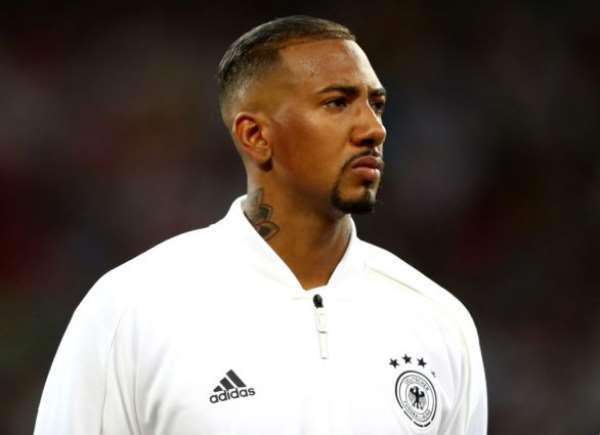 Manchester United will miss out on Bayern Munich defender Jerome Boateng because he would prefer a move to Paris Saint-Germain.

That is the opinion of ESPN FC pundit and former Fulham striker Brian McBride.

Germany international Boateng has been linked with a move away from Bayern Munich this summer.

Manchester United are in the market for a centre-back and are reportedly interested in the 29-year-old, as well as Leicester star Harry Maguire.

However, Ligue 1 giants PSG are also keen on Boateng, who spent one season at Manchester City between 2010 and 2011.

And McBride believes the centre-back would see a move to Paris more attractive than a return to Manchester.

'I was surprised by the willingness of Bayern to let him go,' McBride said.

'There's talk about PSG already being in conversation with him.

'Man United, certainly they're looking for a central defender, you could see them having an interest.

'I just think for Boateng, the possibility of playing in Paris, the setup they have there, I would see him probably going to PSG before Manchester United .

'So I'm going to say this (a move to United) is not happening.'

Boateng has spent seven years at Bayern, winning six Bundesliga titles as well as the Champions League in 2013.

He was part of the Germany squad that crashed out of the World Cup at the group stage this summer.