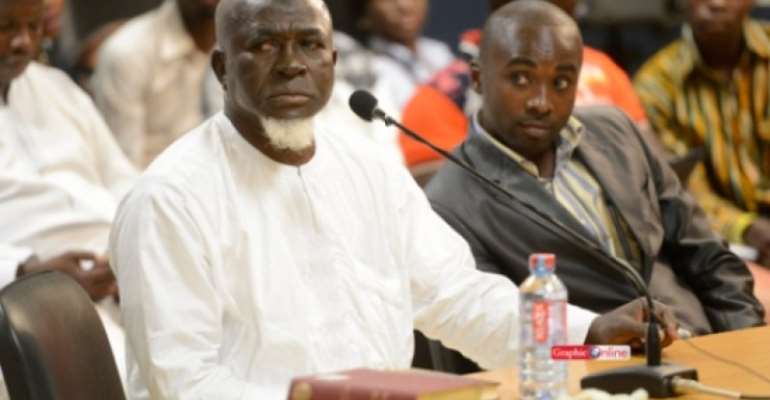 Controversial Ghanaian football administrator, Alhaji Karim Gruzah has declared his intention to contest for the Ghana Football Association presidency in 2018 insisting he is the right person lead Ghana football.

According to King Faisal bankroller, he is the right person to turn the fortunes of the country's football after the debacle revealed in the Anas Aremeyaw Anas 'Number 12' video.

"I am the right person to be the next GFA president. I am the only one that saves the game," Alhaji Gruzah told Happy FM.

"Just give me 4 years and I will turn around the game for the best. I will change a lot of things when I am the next GFA president," he added.

Gruzah adds he will make SWAG President, Kwabena Yeboah his special aide in the performance of his role.

"Insha Allahu I will contest for the GFA presidency in 2019. I am not joking. SWAG president Kwabena Yeboah will be my special aid to help with his big English."

"The only thing that will prevent me from contesting next year is sickness.'

Former Ghana FA vice-president George Afriyie declared his intention to contest for the top job prior to the Anas investigative piece which has brought football on its knees.

Meanwhile, the government has taken steps to dissolve the Football Association but the procedure is still unclear leaving many fans of football in the country divided as to the way forward.