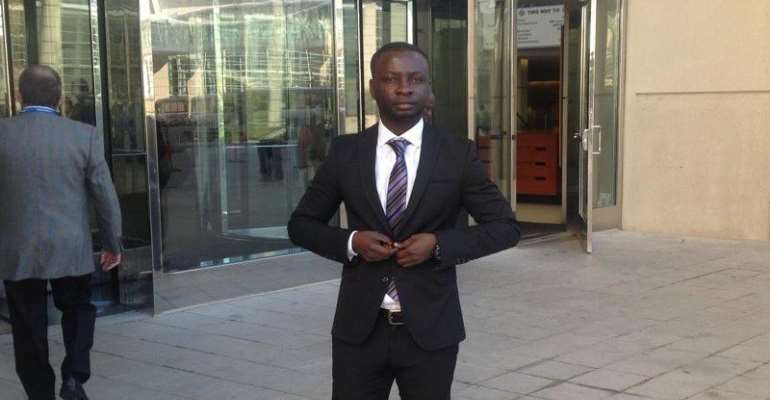 Chief Executive Officer of Ashantigold, Fredrick Acheampong successfully performed his duties as the General Coordinator of the CAF Confederations Cup match between Williamsville and Enyimba International.

The Sports Journalist turned football administrator was handed his first CAF duty as the Coordinator in the game between the two West African clubs.

The young C.E.O expressed his knowledge of the game by supervising and ensuring, officials of both sides and the referees conducted themselves professionally.

Acheampong has been impressive in the execution of his duties as an administrator and his first year in charge of the Miners he led the to second position in the first round of the Ghana Premier League.

The fast-rising football administrator has endeared himself to the continent's football aficionados and has been tipped to soar higher in the years ahead.

Meanwhile, the game between Ivorian side Williamsville and Enyimba International ended 2-0 for the home side.