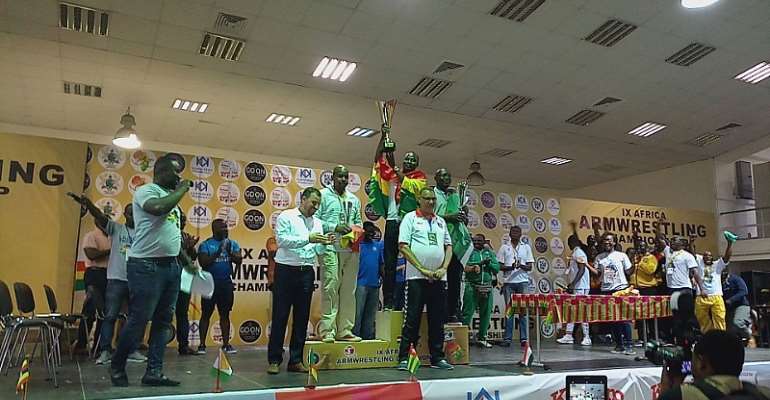 The national Armwrestling team, Golden Arms made Ghana proud when they wrestled spiritedly to grab a colossal 88 medals in the 9th African championship in Accra on Saturday.

The feat earned the a maximum of 777 points in the two-day championship.

Egypt, Togo and Cameroon followed with a total of 4, 6 and 2 medals respectively.

Ghana Arm wrestling Federation president Charles Osei Asibey described the championship as successful saying, " l must say it's been a long journey, it hasn't been easy, but its worthwhile.

" l commend all the participants for demonstrating high level of professionalism from start to finish."

Youth and Sports Ministry's advisor, Dr Owusu Ansah praised the leadership of Ghana arm wrestling for projecting the sport which was formed a little over a year.