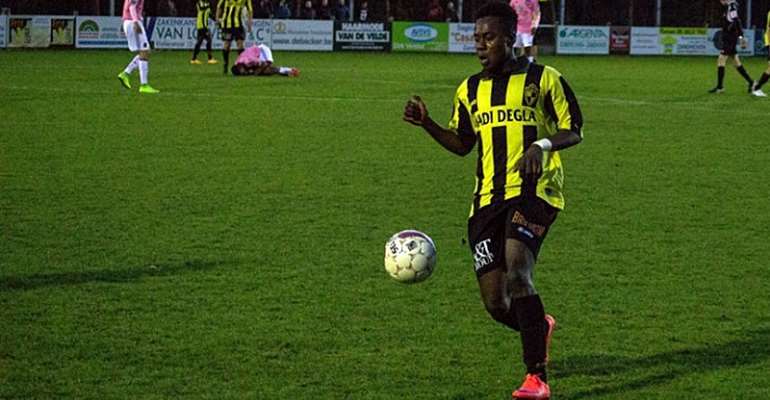 Belgium-born Ghanaian international Charles Kwateng has completed a move to Greece side Ergotelis from Belgium side Lierse SK. The promising completed his switch to Greece ahead following a season of limited opportunities.

The winger penned a three year deal with the Greece giants and becomes the second Ghanaian player to join the side for their 2018/2019 season. Last season he only made four appearances for Lierse SK but could not score or make any assist.

At just 21 years, Charles Kwateng has often pronounced his desire to don the National Colors and play for Ghana. He is yet to represent any country at the international level so he has a greater chance of playing for Ghana when he is called into the National Team.

It all depends on how he impresses the technical team as the Black Stars line up friendlies in September.

In an earlier interview with footballmadeinghana, the winger is quoted to have said;

‘’I would be very much happy if I get the chance. It’s my dream so I wish the authorities give me a call-up to also serve my country.

Now that the player has moved to Greece with the potential of featuring in a lot of matches for his new club, it is an opportunity for his to show how good he is and probably impress coach of the Black Stars Kwasi Appiah for a call up.