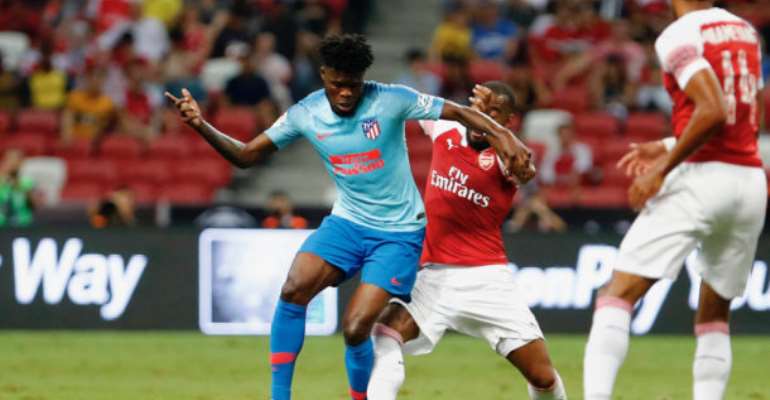 Ghana midfielder, Thomas Partey was in action as Atletico Madrid beat Arsenal in penalty shootouts in the International Champions Cup on Thursday.

Partey started the game and excelled in midfield but was substituted in the second half as the La Liga side continue preparations ahead of the new campaign.

Arsenal teenager Emile Smith-Rowe cancelled out Luciano Vietto's opener to take the game to a shootout.

The UEFA Europa League winners face the French side Saint-GermanGerman next in the competition on Monday.