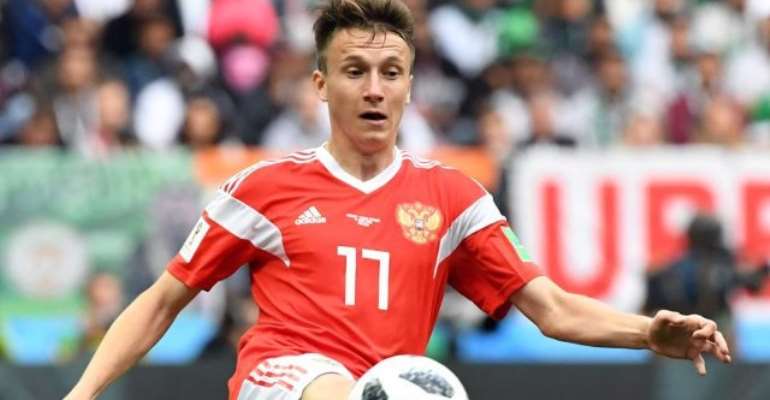 Chelsea have been handed a blow in the transfer market as Aleksandr Golovin has opted to move to Monaco rather than Stamford Bridge, with the Russia international set to put pen to paper on Friday.

Golovin's transfer will cost the Ligue 1 outfit €30 million (£26.5m/$35m) up front, Goal understands, with CSKA Moscow in line to receive a percentage of any future sale of the 22-year-old star.

The player will undergo a medical on Thursday and will sign a five-year deal with the Ligue 1 side, with his presentation likely to be on Friday.

Golovin, tipped to be a future star ahead of the World Cup, had been linked with The Blues for some time, with the London club's Russian links making the move seem all the more achievable.

Russia performed well above expectations as they hosted football's biggest tournament this summer, with Golovin playing a key role in the nation's exciting progression to the quarter-finals, helping to boost his market value.

It is true that Golovin had been in advanced talks with Chelsea, so much so that Juventus were scared away from the negotiating table, but The Blues' decision to sign Jorginho, another midfielder, saw doubt creep into Golovin's mind over playing time.

As such, the offer from Monaco became all the more appealing, with the Ligue 1 side able to offer more in the way of guaranteed time on the pitch.

Chelsea, who still wanted to sign Golovin even after Jorginho's arrival, will now be forced to look elsewhere to bring in another midfield reinforcement.