KP Boateng: I Can't Wait To Play Against AC Milan At San Siro 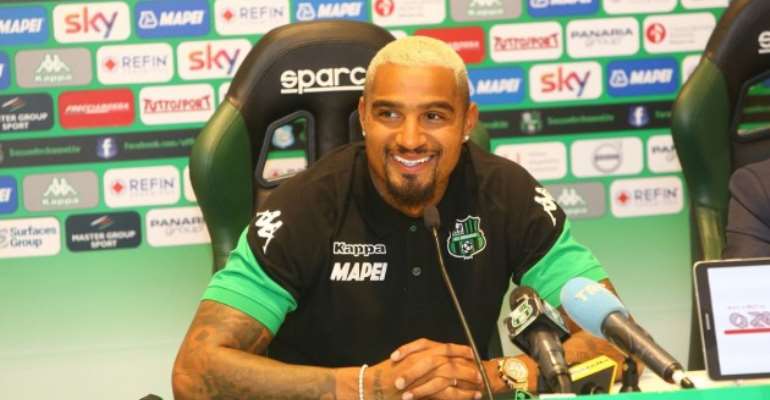 US Sassuolo midfielder, Kevin Prince Boateng has insisted that he is relishing the challenge of facing his former club AC Milan in the upcoming Serie A season.

Boateng returned to Italy from German Bundesliga side Eintracht Frankfurt, where he won the DFB Pokal.

His move to Italy is his second spell in the country, having previously played for giants AC Milan and the 31-year-old revealed he has fond memories with the club and can't wait to face his former club.

"I have many good memories," he told Sky Sports Italia. "The first day was beautiful, I entered the locker room and I saw the names of all the champions that were there," he recalled.

Thr former Tottenham Hotspurs and Las Palmas midfield kingpin point out his goal against Barcelona and the hat-trick against Lecce as some of his best moments at San Siro.

"I immediately called my brother on the phone and I said to him: Here I will not play a match' I can not forget the goal at Barcelona and the hat-trick at Lecce I can not wait to play at San Siro against Milan, it will be really exciting because the Rossoneri colors are always in my I'm very fond of Milan, I also suffered because I'm a Milan fan, I'm sure Milan will have a great season because the Rossoneri have finally found the right coach. "