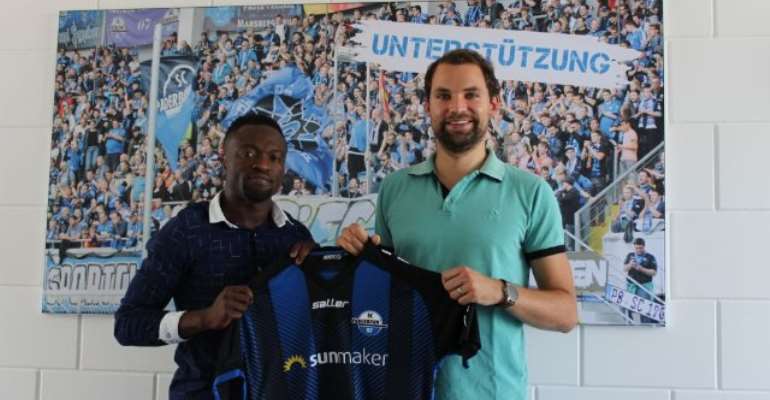 The 20-year-old has penned a three-year contract with Paderborn and is expected to join the team's pre-season in the coming days.

"Bernard can be used on the offence in multiple positions because he is both-footed and quick-thinking. He has a tremendous dynamic, high game intelligence and brings very good technical skills. Through his commitment, we are even more flexible in the offensive," Paderborn CEO Markus Krösche said about the transfer.

Tekpetey joined Schalke from Unistar Academy in Ghana in 2016. However, he found it difficult breaking into the senior team, featuring only three times in all competitions.

In the first round of the 2017/2018 season, Tekpetey was loaned to the Austrian Bundesliga side SCR Altach, where he made 10 appearances and scored a goal.

Tekpetey was called up to the Ghana national football team for the 2017 Africa Cup of Nations. He made his debut for Ghana in the 1-0 loss to Egypt.