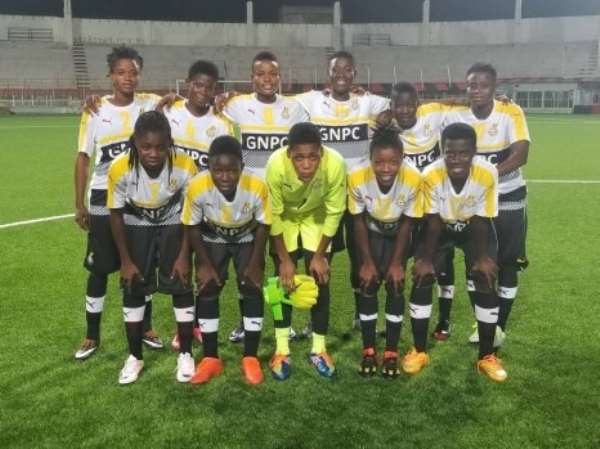 The female national U-20 team, the Black Princesses will leave Ghana for France on Monday for the FIFA U-20 World Cup after their Spain training tour was cancelled.

The team was expected to leave Ghana on Wednesday for Spain to continue with preparations ahead of the World Cup next month.

However, after meeting with the liaison team- that is Dr Kofi Amoah and Mr Oti Akenteng- the decision to travel to Spain was rescinded. The team will continue with preparations here in Ghana and are set to leave next Monday.

According to information gathered by Ghanasoccernet.com, the decision was reached because of the inability to secure visas for all the girls for them to travel to Spain.

The Black Princesses started their preparation in Kumasi with a mini training game against a Kumasi select side before moving to the Ghanaman Soccer School of Excellence to continue their preparations ahead of the tournament.

Meanwhile, the Black Princesses are in group A of the FIFA U-20 Women's World Cup with host France, the Netherlands and New Zealand.

Coach Yusif Basigi is expected to announce his final 21-man squad for before the team departs on Monday.

Ghana is making a fifth successive appearance at the World Cup.