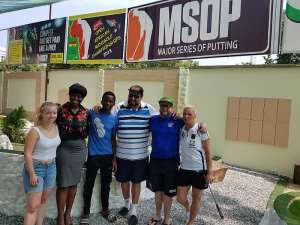 Training continued this past weekend at Sports City Arena with attendance of over 80 minigolfers who improved their skills around the obstacles of the brand new 18-hole Minigolf championship course.

There was also a meeting with Secretary General of Africa Minigolf Federation Mr. Talal Fattal with the African players on OAMC rules & guidelines which was followed by fruitful Q&A on the Minigolf championships.

The schedule for OAMC was also released indicating final training days will be Tuesday & Wed July 24-25th with Tee off the tournament on Friday July 27th at 9am and attention highlighted for prompt punctual start of each player round, that in default, will attract penalties or disqualification..

The World Minigolf Federation team have arrived in Accra and will be represented by Mr. Pasi Aho who will be the tournament director and who'll stand in for WMF president at the opening, closing & award ceremonies.

It's worthy to mention that the foundation of minigolf kidz represented by its ambassador Mrs. Alice Kobisc, has also arrived in Ghana and will be launching a completed borehole project at Ofankor township on Wed July 25th in a colourful ribbon cutting ceremony with chiefs and elders of the community.

Testing of the minigolf digital mobile scoring Wifi live system is ongoing, as it's the first time this advanced technology is being used in Africa golf scoring system.

Most of the African minigolf players have arrived and as at now 90 out of the 100 senior players are in, with the 50 youth Ghanaian players also gearing up for their Coca-Cola Knockout Cup competition slated for Sunday July 29th .

The African Minigolf Championships is brought to you by GMF, coca cola, in support with MTN, Telefonika and the Major Series of Putting (MSOP) U.S.A.. 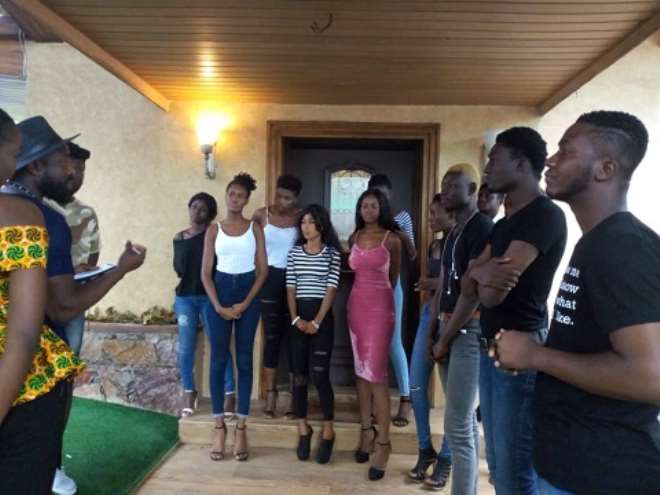