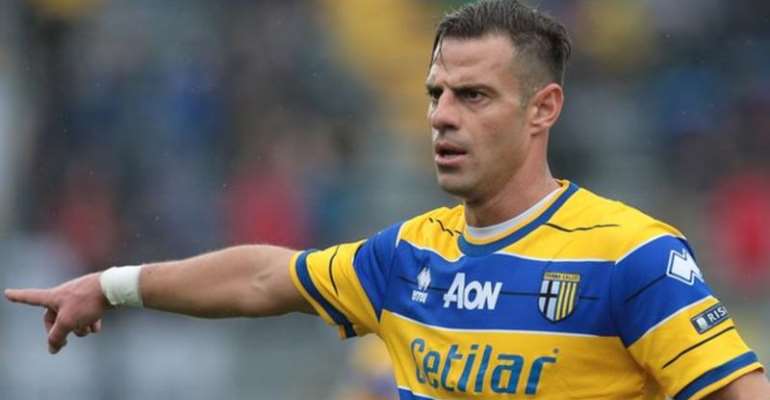 Parma striker Emanuele Calaio has been banned for two years for match-fixing.

Italy's National Federal Court (TFN) imposed the sanctions after Calaio sent "suspicious messages" to some of his former team-mates before Spezia played Parma on 18 May.

Parma won the game 2-0 to secure promotion back to Italy's top flight.

Prosecutors began investigating in June and Parma denied any wrongdoing, saying the messages "don't contain any sort of irregularity or malice".

But Calaio was charged with match-fixing in July when the Italian FA passed the case to the TFN, and the messages were deemed to influence the game by "eliciting a reduced effort" from De Col and Terzi.

Parma were relegated to Serie D after being declared bankrupt in 2015 but will return to Serie A after three successive promotions.

The win over Spezia sealed second place in Serie B last season as rivals Frosinone could only manage a 2-2 draw against Foggia.