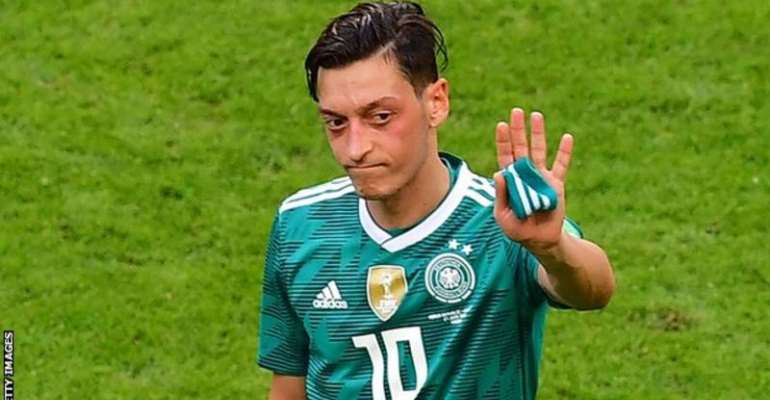 Germany's football association (DFB) has "emphatically rejected" allegations of racism from Arsenal's Mesut Ozil but says it could have done more to protect him from abuse.

The midfielder says he received hate mail and threats and was blamed for Germany's disappointing World Cup.

The DFB said it "regrets the departure of Mesut Ozil from the national team".

It added in a statement: "We emphatically reject the DFB being linked to racism. The DFB has been very involved in integration work in Germany for many years."

Ozil was criticised by the DFB and in German media after being photographed with Turkish president Recep Tayyip Erdogan at a London event in May.

He received more criticism after Germany were knocked out of the World Cup in the group stages.

The DFB conceded it had not handled the matter well, adding: "It is regrettable that Mesut Ozil felt that he had not been sufficiently protected as a target of racist slogans."

However, it stressed its commitment to equality, saying: "The DFB stands for diversity, from the representatives at the top to the boundless, day-to-day dedication of people at the base."

In his statement, Ozil made specific claims about DFB president Reinhard Grindel, The DFB said it will not comment on all of his claims in public.