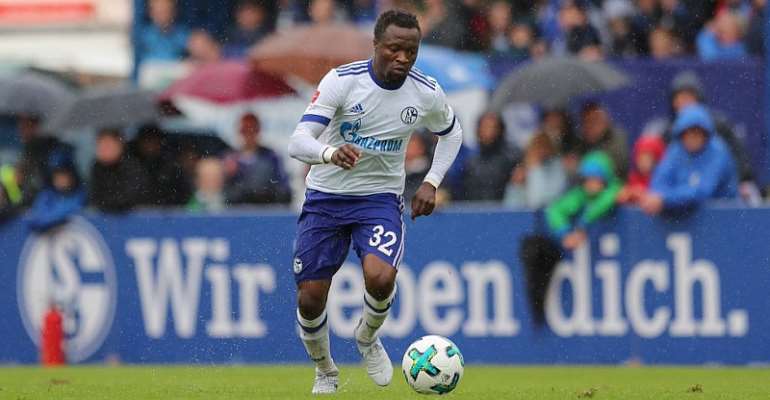 German third-tier side SC Paderborn have registered their interest in Ghana forward Bernard Tekpetey ahead of the upcoming campaign.

The 20-year-old joined the Royal Blues at the start of the 2016 season from Ghanaian lower division side UniStar Soccer Academy.

The pacey forward announced himself in the side's colours with a superlative performance in the Europa League against Nice, but his development has stalled after making just two appearances before being shipped on loan to Austrian side SCR Altach.

Tekpetey rejoined the Gelsenkirchen outfit after terminating his loan with the Austrian side but failed to force his way into Coach Domenico Tedesco team as he spent the second half of the campaign on the fringes.

According to reports from the club's camp, Tekpetey has been given permission to negotiate with other clubs because of the anticipated lack of first team playing time with the Bundesliga side.

However, reports reaching GHANASoccernet.com indicate that German lower-tier side SC Paderborn have expressed interest in signing the Ghanaian youngster ahead of the forthcoming campaign.

He will have the chance to decide whether to move on loan or take a permanent but the terms must be approved by Schalke before they decide to release him.

He missed the side's 1-0 win over Essen in a pre-season friendly encounter on Friday.

Tekpetey is still under contract with the Royal Blues until 2020.