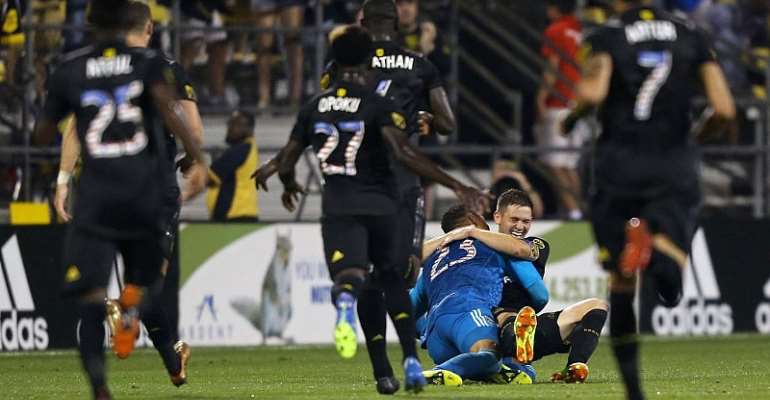 Columbus Crew forward Edward Opoku has expressed delight in making his MLS debut in a dramatic comeback victory against Orlando City on Saturday.

The 21-year-old came on in the 68th minute to replace Niko Hansen when the club was trailing 2-1 and made a huge impact as the gold and blacks overturned the result to win 3-2.

The former Virginia Cavaliers player was full of joy after the game, posting on Social Media his excitement on making his Major League Soccer debut.

The 21-year-old previously appeared in a 2018 Lamar Hunt U.S. Open Cup Fourth Round match against the Chicago Fire (June 6). He also featured in an international friendly against Costa Rican side Deportivo Saprissa (July 3).

WHAT A NIGHT!🤭 Being able to make my official @MLS debut and to be part of such a crazy comeback to win 3-2 against @OrlandoCitySC. Great team performance and even a better strike from El Capitano @wil_trapp ☺️As always thank you CrewSC fans, you were amazing! #CrewSC #BeHappy pic.twitter.com/acVykQKM6d

Opoku will be hoping to build upon his MLS debut performance with the club as the season progresses.