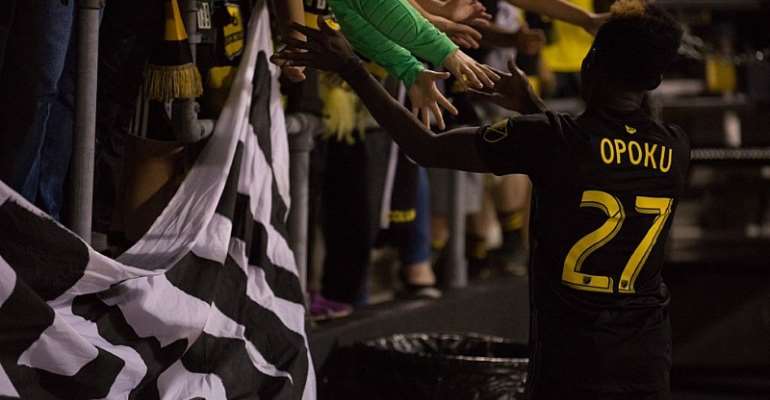 The Ghanaian came on in the second half to help the Gold and Blacks record a 3-2 win over Orlando City on Saturday. Opoku replaced Niko Hansen and had a shot at goal shortly after coming on.

His performance against Orlando City earned him praises from manager Greg Belhater, who is bent on giving the youngster more play time.

"I thought the substitutes - all of them made an impact in the game. If you start with Patrick [Mullins] and Eddie [Edward Opoku], I thought Eddie was good as well.

"Patrick was a presence in the penalty box. He had a header that was saved by the goalie… great, save. That's the reason we brought a player like Patrick Mullins in because we know he can make an impact," he said in a post-match interview.

The 21-year-old previously appeared in a 2018 Lamar Hunt U.S. Open Cup Fourth Round match against the Chicago Fire (June 6). He also featured in an international friendly against Costa Rican side Deportivo Saprissa (July 3).

His countrymen Jonathan Mensah and Harrison Afful were in action.