Everton Close In On £50m Richarlison 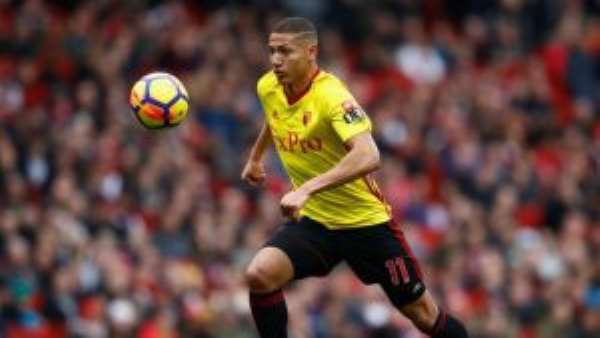 Everton are close to signing Watford’s Brazilian forward Richarlison in a deal that could eventually be worth £50m.

He signed a five-year deal with the Hornets in August 2017, arriving from Fluminense for £11.5m after starring in the Under-20 World Cup.

Everton boss Marco Silva was part of the management team that brought Richarlison to Vicarage Road.

The 21-year-old scored five goals in his first 12 Premier League games before his form faded.

Everton’s current record signing is Gylfi Sigurdsson, who joined from Swansea in August 2017 for £45m.

Richarlison has not scored since November, but Silva has been keen to bring him to Goodison Park since he succeeded the sacked Sam Allardyce on 31 May.

Talks over the transfer have continued even though Everton have had a strained relationship with Watford since trying unsuccessfully to bring Silva – then in charge at Vicarage Road – to Goodison Park following the dismissal of Ronald Koeman in October 2017.

Allardyce ended up replacing Koeman in late November, with Silva sacked by Watford in January.

The fee for Richarlison represents a major gamble by Everton and a huge return on their investment for the Hornets.

Everton were believed to be willing to pay about £35m but there are likely to be clauses that will take the deal closer to Watford’s asking price of £50m.