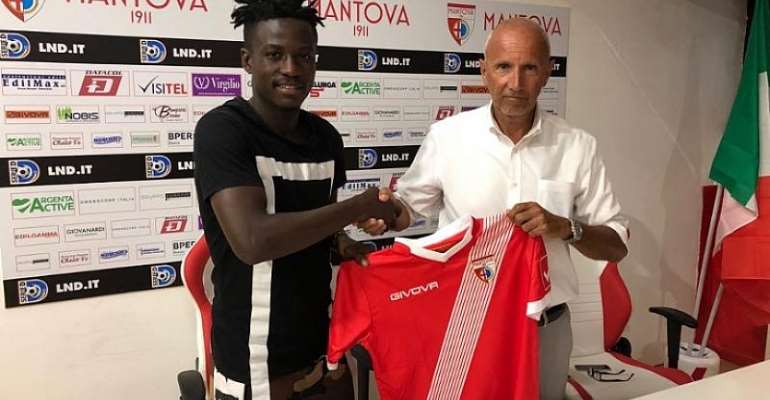 Italian lower-tier side Mantova FC have confirmed the signing of Ghanaian youngster Johnson David Nana Yeboah ahead of the upcoming campaign.

The 23-year-old attacker penned a year deal with the Virginians on Thursday following an impressive season with both Messina and ASD Roccella last term.

Yeboah scored 7 goals in 15 appearances for ASD Roccella in the first half of the season before following it up with 5 goals in nine games for Messina after joining in the January transfer window.

The club official statement reads ''After medical visits, the signing of David Yeboah, a 1995 class forward from Messina, has also arrived."

"The Ghanaian player, if necessary external or second, went in double figures last year, divided between Roccella and Messina."

"He has already trained today with the group of coach Massimo Morgia."