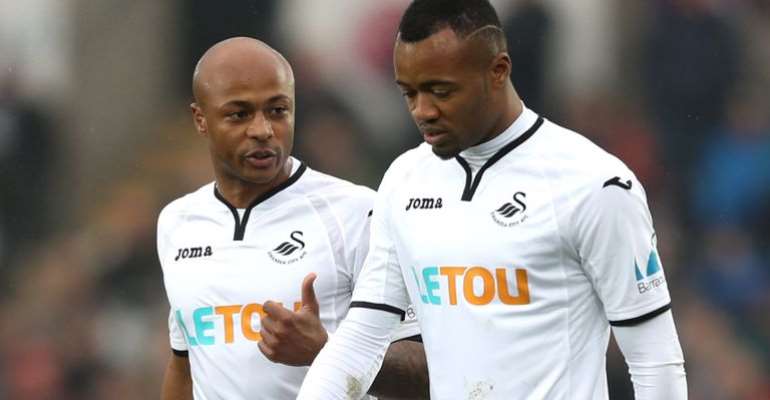 Ghana duo Andre Ayew and his younger brother Jordan were in action for Swansea City as the relegated EPL side beat Newport County in the preseason.

The only goal of the game came after 13 minutes of the contest and involved two players of Premier League calibre, Andre Ayew sending a deft flick behind the County defence for Luciano Narsingh to collect and curl into the bottom far corner from inside the area.

Graham Potter's team created a number of chances against their League Two opponents.

Swansea's top scorer last season, Jordan joined the game in the second half creating chances of which he missed some.