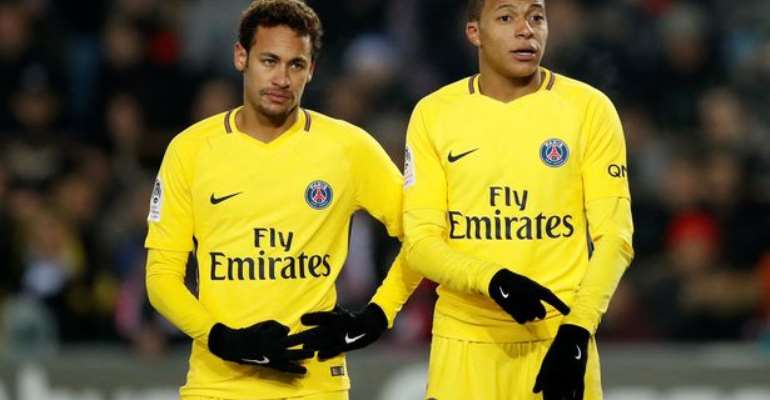 Paris Saint-Germain have opened the door on Neymar leaving the Parc des Princes - with Real Madrid still eager to secure a superstar signing.

Spanish giants Real have been constantly linked with Brazilian Neymar since he completed a world record £198million move to Ligue 1 last summer.

The European champions are in the market for a massive summer transfer after letting Cristiano Ronaldo depart for Juventus, according to Mundo Deportivo.

President Florentino Perez is under pressure from Real fans to replace the Portuguese star, with Neymar the only candidate seen as worthy enough to break the bank for, although Chelsea's Eden Hazard is another alternative.

PSG have always insisted that Neymar is not for sale, and they wouldn't consider selling him - with the Champions League still the club's Holy Grail.

But the former Barcelona man is no longer their biggest asset - after Kylian Mbappe's World Cup-winning heroics - and have loosened their approach.

Mbappe, who became the first teenager since Pele to score in a World Cup final, has therefore been made "untouchable" by PSG.

"Real has a great squad that is going to be reinforced with magnificent players," Perez said earlier this week.

"We are aware of the level of demand of the team each season. We are Real Madrid and we always want more. We must reinforce the present and at the same time strengthen the future."

Real have released a number of statements insisting they are keeping rumours surrounding Neymar at arms length - in a bid to avoid being tarred with tapping-up allegations.

"Given the constant information linking the PSG player Neymar Jr. with our club," Real recently wrote. "Real Madrid CF wants to clarify that he has no plans to make any offers for the player.

"The relationship between the two clubs is extraordinary, so that, if at some point Real Madrid were considering hiring a PSG player, the first thing he would do would be to go to his club."