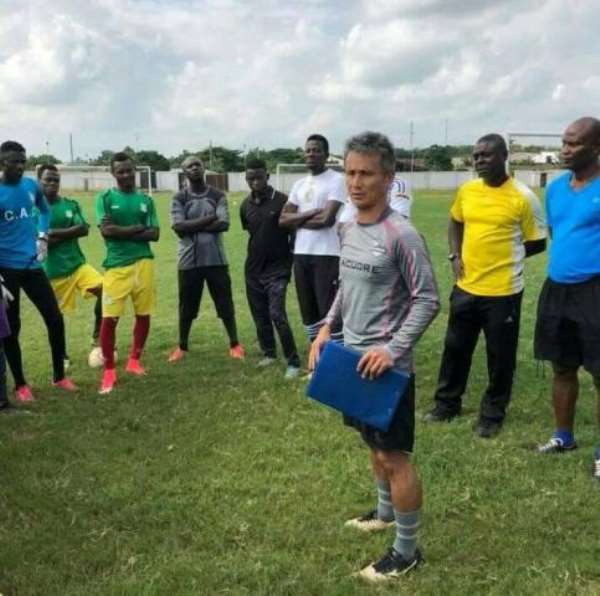 Newly appointed head coach of Aduana Stars, Kenichi Yatsuhashi won his first match with the club after beating Congolese side AS Vita 2:1 in the Confederation of Africa Football (CAF) Confederations Cup at the Nana Agyemang Badu Park in Dormaa Ahenkro.

Bright Adjei opened the scores for Aduana Stars in the fourth minute, with AS Vita's Yannick Bangala getting the first yellow card in the sixth minute as the game got more physical and aggressive.

An eleventh-minute goal from Yahaya Mohammed sealed the day for Aduana Stars as AS Vita pulled one back in the 26th minute from a free-kick, with the home team being in much control before recess.

With months of absence of football activities in Ghana, many football enthusiasts had doubts about Aduana Stars ability to record their first win in the ongoing Confederations Cup, as their inactiveness in competitive games could render the players rusty, but with a new coach, who is noted for self-belief and positive attitude, Aduana has regained optimism as they seek to go past the group stage.

Yatsuhashi, former Inter Allies coach needed a win to keep the Dormaa based club hopes alive in the group stage of the Confederations Cup as they had lost to ASEC Mimosa of Ivory Coast by a lone goal in their first match by and drew at home against Raja Casablanca 3:3 in their second match in Group A.