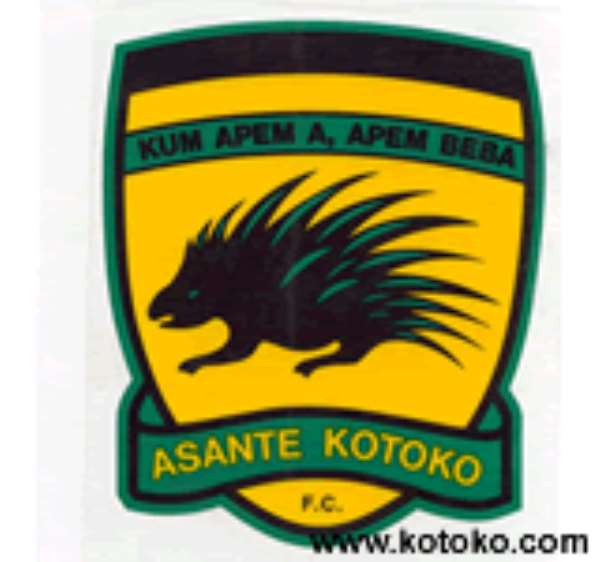 Confusion is brewing in the rank and file of the Interem Management Team (IMT) of Kumasi Asante Kotoko, as a co-opted member of the IMT, Afrifa Yamoah Ponkoh resigns.

According to him, since he accepted invitation from Kwabena Kesse and Osei Kwame - both Board and IMT members - he has been facing serious in-fighting amongst the members. Pouring his outburst on AUTHENTIC KAPITAL SPORTS this morning Ponkoh castigated the IMT "let me tell you that there is nothing like a team about the IMT, it is just in name".

"I have had enough of the stress and unyielding pressures from the other team members, and I think enough is enough", Ponkoh added.

"Let me tell you, you know me, that I am very plain and straight forward and i will not shelve my feelings. The bare fact is that, there is so much confusion in the team and i think it is time for me to bow out now", he emphasised.

Even though he did not assign any reasons for his resignation, GNA Sports gathered that his resignation followed differences he had with some members of the Interim Management Team (IMT).

Mr Yamoah Ponkoh confirmed his resignation to a section of the press in Kumasi on Monday and said he will come out at the appropriate time to assign reasons for his action.

"I am not all that fit to work again as I used to and I therefore need time to rest", he added.

Mr Yamoah Ponkoh has however called on the teeming supporters of the Club not to be discouraged by his decision but to rally solidly behind the Club in its bid to win the GT Premier League for the 20th time.

Meanwhile, the Secretariat of Kotoko has confirmed receiving the resignation letter of Mr Yamoah Ponkoh, a source at the secretariat told the GNA Sports and that the IMT was meeting over the issue to decide on their next line of action.

The source said the meeting would try to impress upon Mr Yamoah Ponkoh to rescind his decision in the interest of the Club.