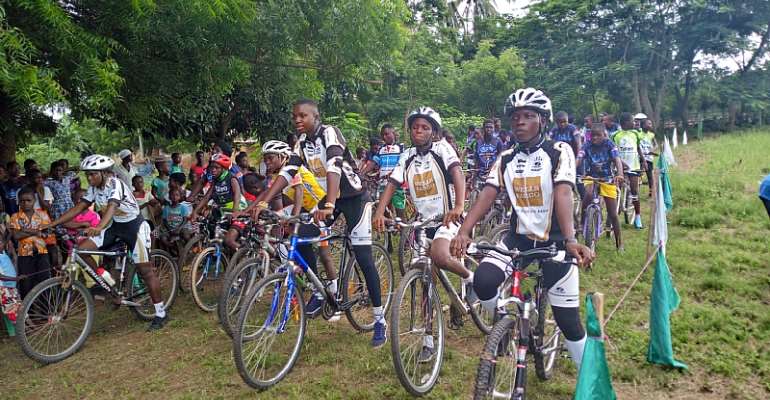 About 80 Female Cyclists in the Asuagyaman district of the Eastern region took part in this year’s Vida Cycling Program, (VICYPRO) Female Duathlon at the Mpakadan Park.

The program which was christened “Got Strong” was aimed at promoting cycling among females aged 8 to thirty in the district.

Founder and director of Vida Cycling Program (VICYPRO), Vida Juliet Vivie said the purpose of focusing and bringing together young female cyclists is to motivate and instill the interest of the sport in the youth especially females.

She added that, organizing events like VICYPRO does not only serve as a means of transport but would also do away with the perception that, females who engage in cycling tend to suffer from infertility.

“I am a cyclist myself, people don’t believe that women can do cycling, I took it upon myself to prove critics wrong”

“Through cycling young women will be fit and transport themselves anywhere with bicycle. Madam Vida said.

Madam Vida entreated parents and guardians to allow their wards to take to cycling and other sporting activities in order to keep them fit and active at all times.

“By this time that we have kept these girls here, it will be very difficult to keep them in the room where immoral vices will be happening”

They will have a lot of support, benefit, good muscles, cardio system and self-esteem” madam Theodora added

The Got Strong Duathlon competition in Grass Cycling event was won by a 17 year old Mavis Dogbey after coming first in 5.2 Kilometers Laps of riding and running.

The event was the third edition of the Female Duathlon, Vida Cycling Program (VICYPRO).

The Vida cycling program was sponsored by T–Strong Transportation – USA.

Madam Vida Juliet Vivie is a cyclist and a qualified bicycle mechanic.

She is the founder and Director of Vida Cycling Program (VICYPRO), an NGO in Apeguso, Eastern region.

She is assisted by Theodora Mensah, a renowned teacher and several volunteers. 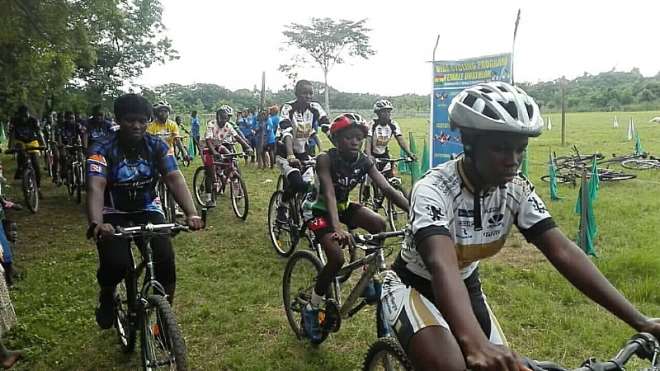 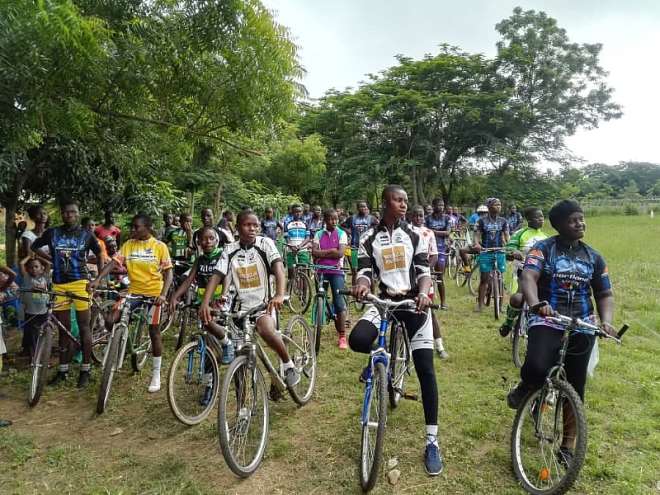 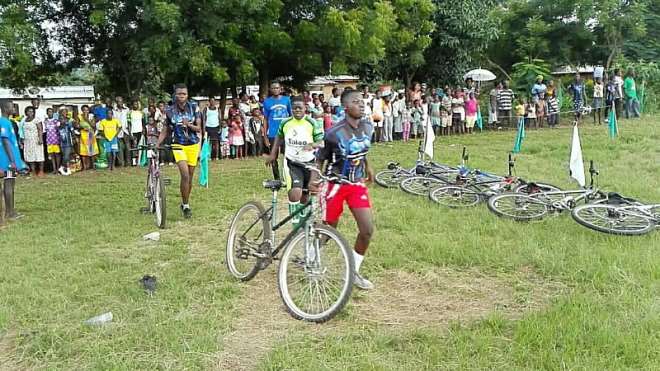 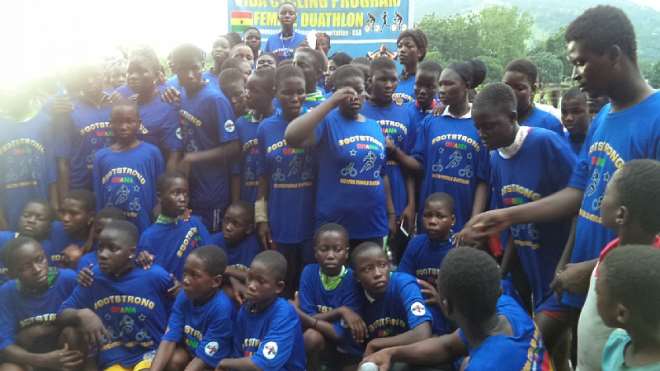