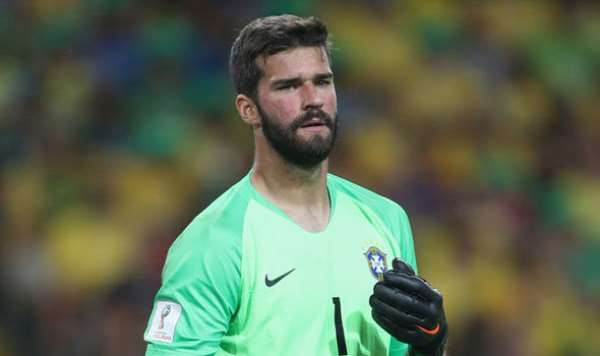 Liverpool have made an offer to sign Roma's Alisson for a reported £62m, a world record fee for a goalkeeper.

Roma are considering the bid but no deal has been agreed and the Italian side are said to want £66m.

Alisson has recently returned from the World Cup in Russia where he appeared for Brazil.

The 25-year-old has been at Roma for two years, and played 37 Serie A games last season, after starting his career at Brazilian side Internacional.

Liverpool's bid, which is 70m euros, would overtake the current record for a keeper - 53m euros paid by Juventus to Parma for Gianluigi Buffon in 2001.

The Premier League record for a keeper is the 40m euros Manchester City paid Benfica for Ederson in June 2017.

Liverpool boss Jurgen Klopp was forced to defend goalkeeper Loris Karius last week after another mistake - this time in a pre-season friendly against Tranmere.

The 25-year-old German spilled a free-kick that allowed the hosts to score in Liverpool's 3-2 win at Prenton Park.

Karius was at fault for two goals in Liverpool's 3-1 defeat by Real Madrid in the Champions League final, but it was later found that he had a concussion.

Alisson played all five games, keeping three clean sheets, as Brazil were knocked out at the quarter-final stage of the World Cup by Belgium.