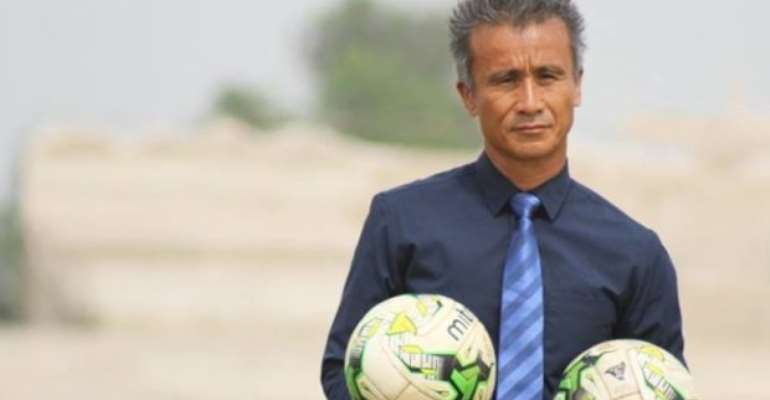 Head coach of Aduana Stars, Kenichi Yatsuhashi has set his sight of getting his first win against AS Vita Club in their CAF Confederations Cup on Wednesday.

The Ghana Premier League champions will welcome the Congolese side to the Nana Agyemang Badu Park in their third match.

The Fire Boys after two matches after with just a point and must win to ensure their progression in the competition.

And Kenichi who replaced the former Techiman City at the club says they will do anything to get the three points.

“I just stepped in as head coach and we have less time, just one week for the game against AS Vita. But the good thing is that I know this Aduana team well, I have played against them twice previously so I have a fair idea. I can build on it before we face AS Vita,” Kenichi said.

“We have to intensify our training sessions, and work extra hard and hopefully we can get a good result and carry on from there. It’s not impossible and I believe that with the right attitude both at training and during the game, we can bring the club back in contention for qualification to the quarterfinals of the competition.”