2018 World Cup: The Good, Bad And Ugly From The World Cup In Russia 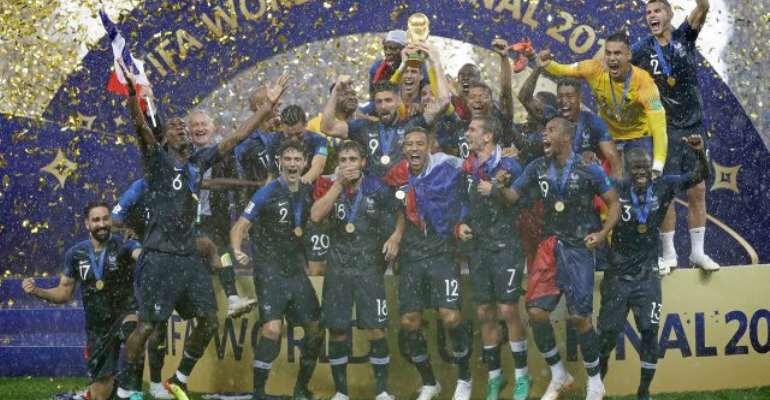 With the FIFA World Cup done and dusted, this is the perfect time to look back and pick out the best and worst moments from the past month in Russia.

BEST PLAYER
Luka Modric, Croatia: Real Madrid's midfield maestro put in a string of excellent performances in Russia, with one man-of-the-match effort after another, especially in Croatia's dramatic win over the host nation in the quarterfinals. The Croatia captain ran himself ragged, and covered more ground than any other player in the tournament, and was justifiably given the Golden Ball, the award that goes to the tournament's best player. It is the second consecutive World Cup where the honour went to a member of the losing finalist after Lionel Messi was awarded it in Brazil 2014.

BEST GAME
June 15 - Portugal 3, Spain 3 in Sochi: One of the best group stage games in recent memory, offering plenty of entertainment and drama in a six-goal thriller. And who doesn't enjoy seeing a Cristiano Ronaldo hat-trick, amirite? (Well, maybe Lionel Messi fans.) This was touted as one of the marquee matches to watch in the first round, and it more than lived up to all of the pre-tournament hype.

BEST GOAL
June 26 - Nigeria 1, Argentina 2 in Saint Petersburg: Early in the first half, Argentina's Ever Banega played a perfect long pass from the centre line over the top of Nigeria's defence for a streaking Messi. The Barcelona man took the ball in full stride, cushioning it with his thigh and then his left foot before hammering a powerful right-footed shot across the goal and into the back of the net. A sublime ball by Banega, and even better control and a finish by Messi to open the scoring in an eventual Argentina win.

BEST OVERALL MOMENT
June 24 - England 6, Panama 1 in Nizhny: Down 6-0, Felipe Baloy poked the ball home off a free kick in the 78th minute to score Panama's first-ever goal at the World Cup. You'd have thought Panama, making its tournament debut, had won the World Cup by the wild and passionate celebrations from its supporters in the stands.

BEST SAVE
July 3 - Colombia 1, England 1 in Moscow: In the penalty shootout with the score tied 2-2 after four shots, Colombia's Carlos Bacca stepped up to the spot in an attempt to give his country the lead and force England to score. Bacca went down the left with a powerful shot, but England goalkeeper Jordan Pickford turned it away, making a diving stop with his left hand.

BIGGEST UPSET
June 17 - Germany 0, Mexico 1 in Moscow: The biggest shocker of the tournament saw Mexico strike a blow for CONCACAF pride by knocking off Germany, the World Cup holders and the overwhelming favourite coming into this competition. It was the Germans' first World Cup defeat since dropping a 1-0 decision to Spain in the 2010 semifinals, and they become the third consecutive reigning champion who failed to win its opening match.

BIGGEST FLOP: PLAYER
Toni Kroos, Germany: Yes, he scored that injury-time winner against Sweden that revitalized Germany's hopes. But the Real Madrid star, rightly considered one of the best midfielders in the game today, was far from his top form throughout the tournament. He looked pedestrian at times, committed some uncharacteristically poor passes, and was routinely sloppy in possession.

BIGGEST DISAPPOINTMENT
No more Messi and Ronaldo: Argentina and Portugal were both eliminated on the same day within hours of one another. Lionel Messi will be 34 when the 2022 World Cup in Qatar rolls around, while Ronaldo will be 37. Neither of them have said whether or not they plan to continue to play international soccer. But considering their ages, and the huge demands they face with their pro clubs, that they've more than likely played in their last World Cup. What a shame.

BIGGEST DISGRACE
July 2 - Brazil 2, Mexico 0 in Samara: Neymar scored off a lovely setup from Willian to give Brazil a 1-0 lead early in the second half. He then turned provider, crossing for Robert Firmino who scored to seal victory for Brazil. But with 20 minutes left in regulation, Neymar writhed in exaggerated pain on the touchline after his right ankle was stepped on by Miguel Layun. There was barely anything in it, although it should have been called a foul. It wasn't, and maybe that's because the referee didn't appreciate Neymar's histrionics in trying to sell it as though Layun viciously stamped on his ankle. To see Neymar carry on as if his ankle was about to tear off from his leg was pure comedy. BEST QUOTE

'We are virgins, we have been born before the due date, we are debutants. We have to celebrate what we have done here.' - Panama coach Hernan Dario Gomez, after his team's 6-1 loss to England.

Government to reclaim mined-out areas in Ghana
37 minutes ago