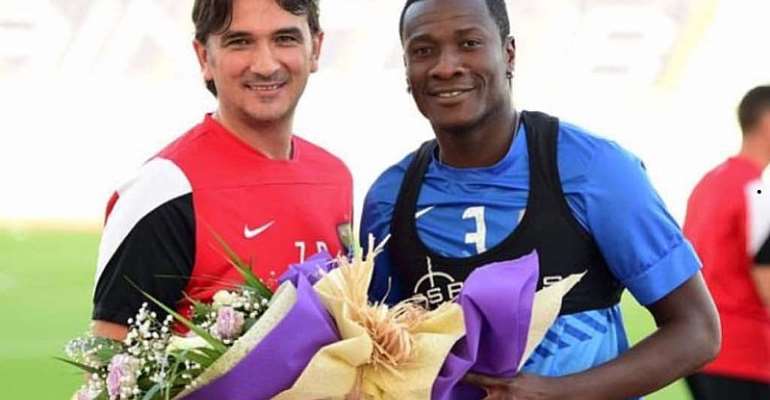 Black Stars captain, Asamoah Gyan has sent a congratulatory message to Zlatko Dalic for guiding Croatia to a runner's up place at the just ended FIFA World Cup in Russia.

The 51-year-old trainer led the Blazers to their best ever performance at the global Mundial as they were beaten 4-2 by France in the final.

An own goal from Mario Manzukic put them ahead in the 18th minute before Ivan Perisic equalized but with seven minutes to end the first half, France took the lead from the spot after a VAR controversy.

Quick goals from Paul Pogba and Kylian Mbappe made sure France had a three-goal lead but an error from goalkeeper Hugo Lloris ensured Mario Manzukic had a redemption if his own.

And Gyan, who worked with Dalic during his time at United Arab Emirates side Al Ain, has heaped praises on his former boss for his achievement.

Congratulations coach @daliczlatko for taking your country (Croatia) to the World Cup 2nd place. I have always believed you would be a great coach one day. This is just the beginning. The sky is your limit. I’m happy to work with a great person like you 🙏🙏💪💪💪