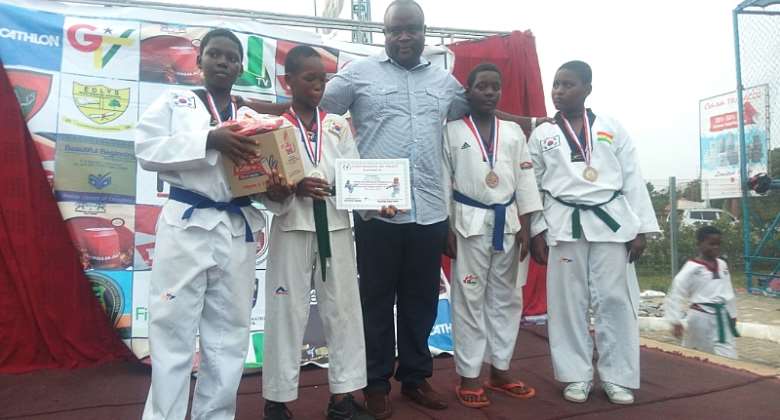 Expert Martial Arts Academy has held its maiden Taekwondo and Ballet Dance Competition at the Junction Mall, Teshie-Nungua in Accra, with over 350 young athletes participating.

According to Mr. Sharon Akwei, Head of the Experts Martial Arts Academy and the 1st World Medalist for the Ghana Taekwondo Federation, the competition is to develop the sport from the grassroots by whipping up the interest of the younger generation at their early stages.

“This is the best time to get them into the sport as part of our move to develop Taekwondo in Ghana and the world at large,” Mr. Akwei stated, adding that this first competition is a very positive sign of greater things to come.

“We were overwhelmed by the interest showed by the children from across the schools and this is a great boost for Taekwondo,” Mr. Akwei said.

He called for support from the corporate bodies and institutions to maintain the enthusiasm and interest, disclosing that Season 2 of the competition would be announced later.

He also asked schools, clubs and enthusiasts to begin registering for the next season.