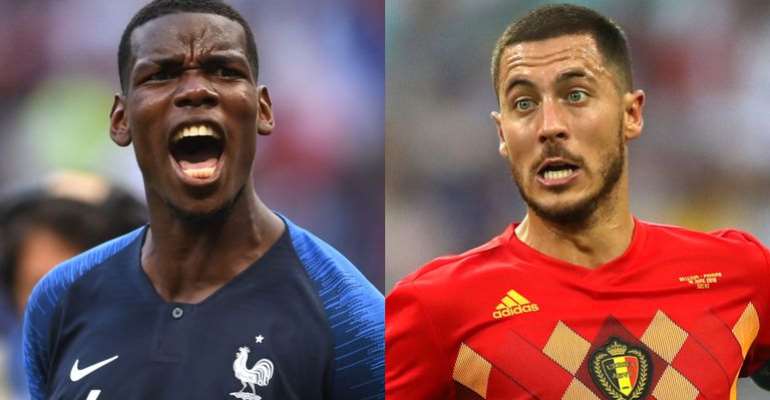 A place in the World Cup final is at stake when European heavyweights France and Belgium meet for the 74th time in all competitions at the Krestovsky Stadium in Saint Petersburg.

France, who have won their two previous World Cup meetings with Belgium, booked their place in the last four with a 2-0 victory over Uruguay and captain Hugo Lloris feels his side are ready for the challenge of taking on a Belgian side who "know how to do everything".

Speaking at the pre-match press conference, Lloris said: "They are an exhaustive team, they know how to do everything. I think the Belgian team is the most exhaustive team in all aspects of the game during this tournament - they are strong everywhere. They have everything they need to be a great team and they are a great team.

"It is a fantastic generation and in order to beat them we will have to play a great match. We know there are going to be difficult moments, and we'll have to be ready to suffer. But we will be ready because we have an extremely good state of mind, and it is the semi-finals in the World Cup. It is an opportunity in our careers and we have to grab it with both hands."

Kevin De Bruyne has praised Belgium boss Roberto Martinez for instilling the belief in his team that they can win the World Cup.

"I think he has built on the potential of the team," the Manchester City midfielder said. "This team have been playing together for seven or eight years and I think he has brought us tighter together with more belief in winning it.

"Maybe in the other two - the (last) World Cup and the European Championship, some players did not have the belief yet of winning it."

Team news
France welcome back Blaise Matuidi, who returns after serving a suspension of his own during his side's 2-0 win against Uruguay in the quarter-finals.

Meanwhile, Belgium will be without the suspended Thomas Meunier after he picked up a second caution of the tournament in his side's 2-1 win over Brazil.

Opta stats
This will be the first competitive meeting between the two sides since the 1986 World Cup, when France won 4-2 in the third-place playoff.

France have won both World Cup meetings against Belgium, winning 3-1 in the first round in 1938, and 4-2 in the third-place playoff match in 1986.

Belgium's haul of 14 goals is the most by the semi-final stage of a World Cup tournament since Brazil in 2002 (15). Belgium have had nine different goalscorers in the 2018 World Cup (excluding own goals); only Italy in 2006 and France in 1982 (10 each) have had more in a single tournament.

Excluding shootouts, France have lost just one of their last 13 games in the knockout rounds of the World Cup (W10 D2 L1).

Romelu Lukaku has been directly involved in 20 goals in his last 13 games for Belgium in all competitions (17 goals, 3 assists).

France's Kylian Mbappe (3 goals) is the highest scoring teenager in a World Cup tournament since Pele scored six in 1958. Pele scored a hat-trick against France in the semi-final of that tournament, the last teen to score in the last four of the competition.

Eden Hazard has been directly involved in 14 goals in his last 14 games for Belgium (8 goals, 6 assists).