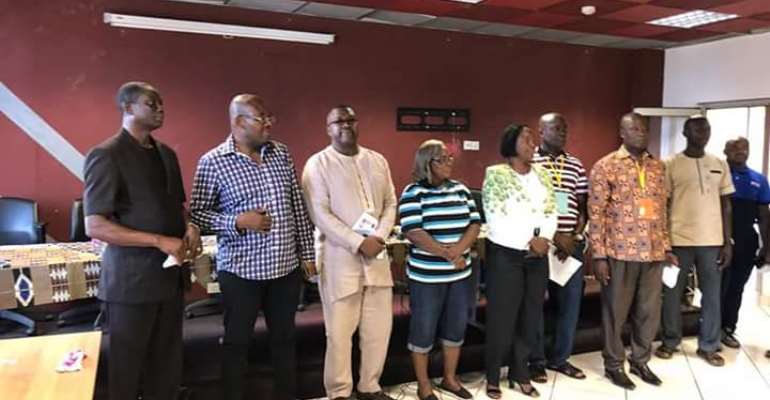 Dr K. D Asante newly elected president of the Ghana Hockey Association (GHA), has set sight on a complete overhaul of the sport, as he seeks to take it to another level.

Dr Asante who doubles as the Chairman of the Citizens International Hockey Club emerged victorious in a keenly contested presidential race last Saturday at the conference room of the Ghana Hockey pitch in Accra, as he polled nine out of 16 votes, with his rival Mr Amo-Gottfred polling seven votes.

In his victory message, Dr Asante said there was the need to map out strategies to change the face of hockey, as he was poised to work with a fellow executive to realise this dream.

“I would reconstitute plans to develop hockey with players and technical personnel at the centre of the plans, as well as facilities both off and on the field.

“Another target is to develop all the regions and affiliated associations. We shall ensure that there is playing pitch in all regions since its one of the things lacking in our game.

“So we would talk to representatives of the various regions and get their input on how to move hockey to the next level," Dr Asante stated.

“Financial challenges are not peculiar to hockey but also other “lesser” known sports.

Hockey has somehow enjoyed some support from people who are engaged in the sport but it's not enough, so we need to engage corporate organisation to establish a form of partnership," he ended.

Madam Elizabeth King was voted the Vice President as she polled nine votes whilst her opponent Mr Kwame Owusu had seven votes.

Mr Albert Ofori was elected Honorary Treasurer whilst Mr Frank Oti-Mensah and Grace Ankomah were voted as two executive members of the association.