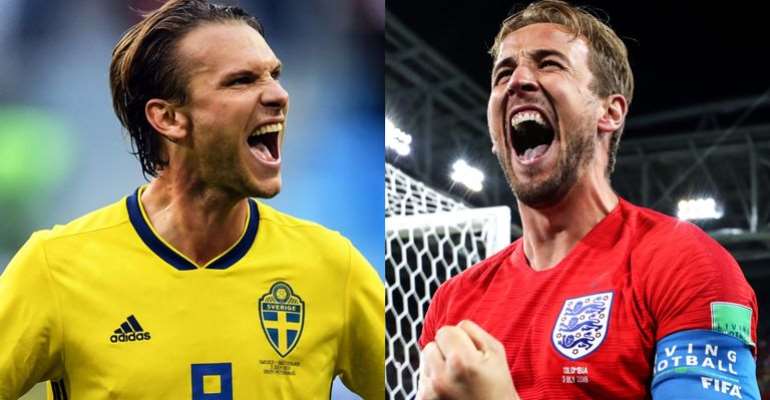 England are preparing for their biggest game in over a decade as they face Sweden in the World Cup quarter-final on Saturday at 3pm.

England have not reached the last eight of the World Cup since 2006, where defeat by Portugal on penalties in Germany marked the start of a period of underachievement.

But Gareth Southgate's side now have the country believing following their dramatic shootout win over Colombia in the last 16 in Moscow on Tuesday night; their first win on penalties in World Cup history.

Sweden stand in their way of a semi-final, but England's record against the Swedes reads as just two victories in 15 games. Janne Andersson's side beat Switzerland in the last 16, and are looking to reach the last four for the first time since 1994.

"We think they're a very strong team," Southgate told a pre-match press conference.

"I've been involved in matches against Sweden many times and always the team has a very strong identity, has better players than people sometimes give them credit for.

"This team is the same. You only have to look at their results - in the qualifying beating France, in the play-off beating Italy, in this tournament knocking out Germany.

"They are obviously a very strong side and one we will have to play really well against to beat them."

Andersson said England had been his "second team" when watching the country's domestic football while growing up but said, "this was not the same England" that had drawn accusations of a kick-and-rush style in the past.

"Football isn't that simple. You can't identify one single factor, you need to look at the overall picture," the Sweden coach said.

"Many things must be right to beat a team like England.

"We need to get the defence right, we need to be courageous when we have possession. We have a clear idea of what we want to do in attack and we want to implement all of this."

Sweden's strengths will undoubtedly come from their defence, which has conceded only two goals in the whole tournament so far - the lowest of any of the remaining nations, with both coming in their 2-1 defeat to Germany in the group stages.

Sweden are the lowest scorers in the tournament too, having scored six goals in four games to date - and Andersson feels their predictability could prove an advantage.

"I think there was a coach who once said about their team that they're quite easy to analyse but quite difficult to beat. I think that's a right description for us.

"It shouldn't be that difficult to get an idea of what we do - the surprise is probably that we're terribly consistent. Whether or not you take us seriously and how they perceive it, that's very difficult for me to say.

"We're really strong in our beliefs and we really have been from the outset."

Team news
Jamie Vardy could not play a full part in training on Friday due to the groin strain suffered in the win over Colombia, taking part in his own recovery exercise, but Southgate suggested he may be ready to play a part pending a fitness test on Saturday morning.

The England boss has, however, attempted to allay concerns over the fitness of Dele Alli, Ashley Young and Kyle Walker.

Mikael Lustig is suspended for Sweden, but all other members of the squad have trained, despite a couple of injury niggles threatening to unsettle Andersson's line-up.

Opta stats
This will be the 25th meeting between these sides. England have won eight to Sweden's seven, with nine draws.

Both of the previous World Cup meetings between Sweden and England have finished level, with a 1-1 draw in 2002 and a 2-2 in 2006 (both in the group stages).

Sweden are competing in their fifth World Cup quarter-final - they've progressed to the semi-final in three of their previous four (1938, 1958 and 1994), losing only in 1934 against Germany.

England have reached the World Cup quarter-final for the first time since 2006 when they lost on penalties to Portugal. They've not progressed beyond this stage since 1990 when they beat Cameroon 3-2.

England have only progressed from two of their eight previous World Cup quarter-final appearances, doing so in 1966 and 1990.

Eleven of Sweden's last 14 goals at the World Cup have been scored in the second half, including five of their six goals at this tournament.