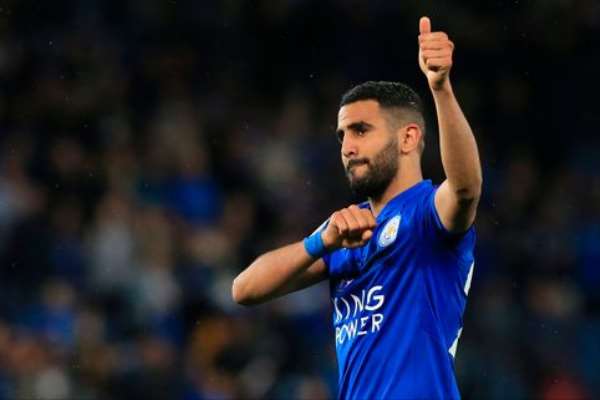 Riyad Mahrez is set to secure a move to English champions Manchester City from Leicester for a reported fee of £60million ($79million) seven months after the Foxes turned down an offer from City, according to British media reports on Tuesday.

The 27-year-old Algerian international -- whose performances in Leicester's astonishing title win in 2016 earned him the players player of the year award -- is according to Sky Sports News due to undergo a medical at City later this week.

Mahrez -- who signed from French side Le Havre for just £400,000 in 2014 -- sat out two matches following Leicester's demanding £80million for him after declining a £50million offer plus young winger Patrick Roberts, who is valued at £15million, from City during the January transfer window.

However, both Press Association Sport and Sky Sports report that with Leicester having signed highly-rated James Maddison from second-tier Norwich City for £24million and with a month to go to the falling of the transfer window curtain they are now willing to sell him.

Leicester have allowed him extra time off since Mahrez -- who has made 179 appearances for Leicester, scoring 48 times -- went off on international duty for his country in June.

Mahrez along with striker Jamie Vardy and French midfielder N'Golo Kante became unlikely household names during the title-winning season as Italian manager Claudio Ranieri engineered one of the greatest sporting surprises of all time.

Mahrez scored 17 goals in that campaign, and then having signed a four-year contract played a major role in the club reaching the Champions League quarter-finals in 2016/17 as he contributed four goals.

Serie A side AS Roma subsequently came after him last summer but were left frustrated as several offers with the highest reportedly £32million fell well short of Leicester's expectations.

Manchester City have also been linked with Napoli midfielder Jorginho with the Italy international reportedly left out of their pre-season training camp squad.