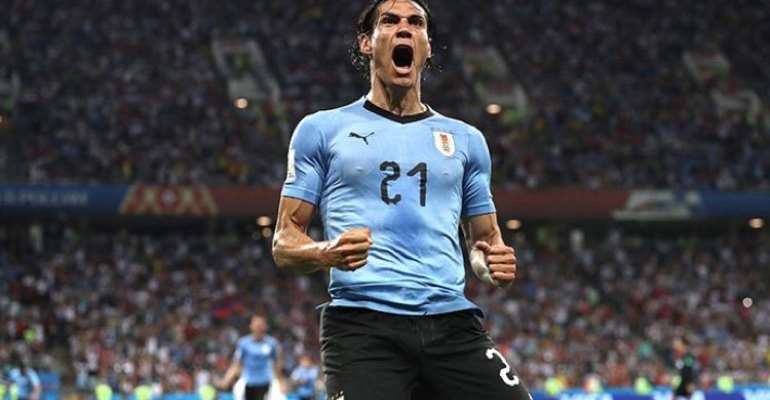 Defeat for the European champions finished Cristiano Ronaldo's hopes of success in Russia just hours after Lionel Messi and Argentina were knocked out, beaten 4-3 by Les Bleus.

This World Cup has not been short of stunning goals and Cavani added another to the collection when he opened the scoring early on, playing a superb one-two with Luis Suarez before thumping home a header from his strike partner's cross.

Uruguay had not conceded a goal at this World Cup before Pepe rose unmarked to nod in an equaliser from close range, prompting a brief spell of dominance for Portugal.

But Cavani secured Uruguay's place in the last eight - and a trip to Nizhny Novgorod to face France on Friday - when he steered a brilliant shot beyond goalkeeper Rui Patricio.

The win may have come at a price, though, as Cavani limped off late on.