Inside Russia With Angela: My Last Portugal Match… Until The Final? 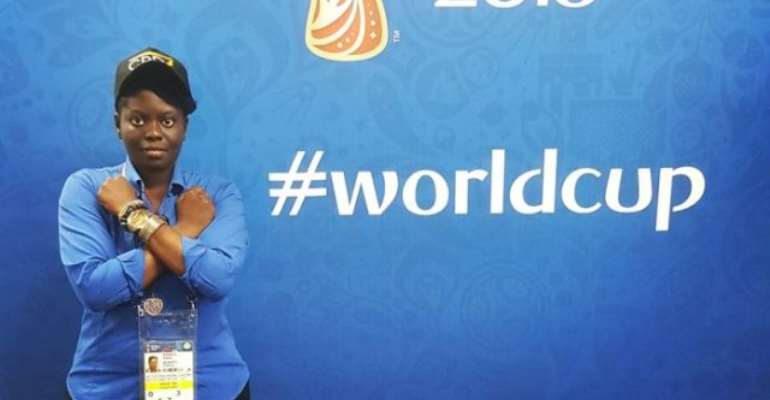 Tonight’s thrilling clash between Uruguay and Cristiano Ronaldo’s Portugal could be my last match watching the Seleccao from the media tribune in Russia.

This could be because of two reasons:
The bad one being that the South Americans would eliminate the European champions on Saturday night. In truth, the odds are in Uruguay’s favour.

Although the Portuguese have not lost a single major tournament match since suffering a shocking 4-0 humiliation to Germany at the 2014 FIFA World Cup in Brazil, La Celeste Olimpica pride itself in having kept their goal line clean for the past seven months. Could my adored CR7 and his teammates tarnish this impressive defensive record? Even if they do, would their goal(s) be enough to kick out their opponents and advance to the quarter-finals?

Speaking of progressing onto the next stage, there comes the second reason why Uruguay vs Portugal could be my last opportunity to watch Cristiano from the media tribune… until the 2018 FIFA World Cup final, should the Euro 2004 runners-up go all the way!

If Portugal beat Uruguay to set up a date against either France or Argentina, their Last 8 fixture will take place in Nizhny Novgorod. That’s a full 24-hour trip by car which is not in my travel plans.

As per the itinerary I crafted for myself before landing in Russia, I should remain in Sochi — where I saw Cristiano Ronaldo’s hat-trick heroics vs Spain on Matchday 1 — until July 8. The quarter-final clash that I might see from the Fisht stadium would feature either Spain or Russia against Croatia or Denmark. Then off I’ll go to Moscow to cover one semi-final match and the ultimate final, both from the Luzhniki stadium.

Unfortunately, the structure of the World Cup 2018 brackets and the venues allocated mean that in the event, Portugal advances to the Last 4, they would be playing against either Brazil, Mexico, Belgium or Japan in Saint Petersburg. I will not be there.

Should Cristiano lead his country into the semis, I will be in Moscow by then, waiting for him to win his penultimate battle and come back to the Luzhniki stadium — the place where his solitary header won Portugal their only three points of the tournament against Morocco.